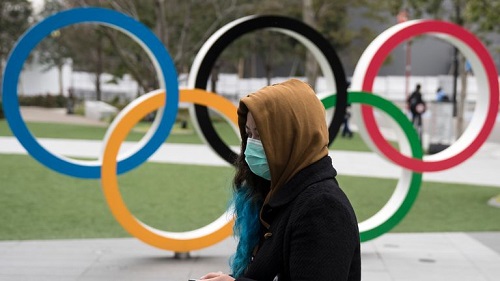 The organisers of the Tokyo 2020 Olympic Games, due to begin on 24 July, have agreed to a one-year postponement of the event because of the global coronavirus pandemic.

"I proposed to postpone for a year and [IOC] president Thomas Bach responded with 100% agreement," he said.

A one-year delay would also apply to the Tokyo Paralympic Games.

Prime Minister Abe added: "This will make it possible for athletes to play in the best condition, and will make the event a safe and secure one for spectators."

The agreement comes as the British Olympic Association (BOA) was meeting on Tuesday to discuss the matter.

BOA chairman Hugh Robertson had already said Great Britain was unlikely to send a team to Tokyo this summer.