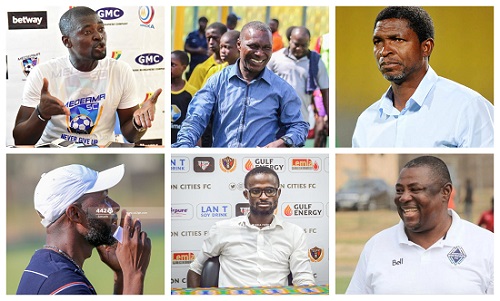 The top two best-placed clubs at the end of the 2020/21 Ghana Premier League season will see their head coaches go on a refresher course outside the country, according to GFA President Kurt Okraku.

Kurt Okraku made this announcement at the launch of the new 2020/21 football season on Thursday, November 5, emphasizing that the GFA has secured attachment opportunities for Coaches who will excel at the end of the upcoming campaign.

According to the GFA boss, the packages are not only for the Premier League coaches but the national Division One League and the Women’s Premier League are included.

He also made mention of the Prize package for this season’s GPL winner.

"The runners up will receive GHC 150,000, 40 silver medals plus groceries from Melcom Shopping Center and the third place will pocket GHC 80,000 plus 40 bronze medals."

The Ghana Premier League will commence on Saturday, November 14, 2020. Former Champions Aduana Stars will battle giants Accra Hearts of Oak at the Nana Agyemang Badu I park at Dormaa while Legon Cities take on Berekum Chelsea at the Accra Sports stadium.

The National Division One League will commence in December 2020. While the MTN FA Cup and Women’s Premier League kick off in January 2021.