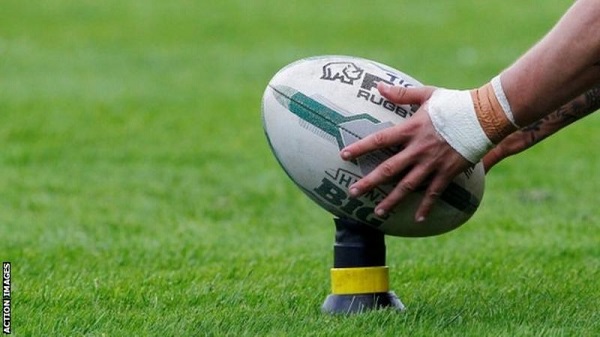 Transgender players have been banned from women's internationals while rugby league's governing body does further research on its inclusion policy.

International Rugby League (IRL) said it wanted to "balance the individual's right to participate... against perceived risk to other participants".

The move comes as a number of sports are considering transgender inclusion.

Transgender swimmers were on Sunday banned from women's elite races if they have gone through male puberty.

World Athletics president Lord Coe hinted to the BBC that the sport could follow swimming's example, saying it is set to discuss adopting a new eligibility policy and that "fairness is non-negotiable".

The IRL said it had considered "relevant developments in world sport" in coming to its decision to ban "male-to-female (transwomen) players" until it had completed research on its final inclusion policy.

The ban will apply to the World Cup in England in October, which involves teams from Australia, Brazil, Canada, Cook Islands, England, France, New Zealand and Papua New Guinea.

"It is the IRL's responsibility to balance the individual's right to participate - a long-standing principle of rugby league and at its heart from the day it was established - against perceived risk to other participants, and to ensure all are given a fair hearing," the organisation said.

"The IRL will continue to work towards developing a set of criteria, based on best possible evidence, which fairly balance the individual's right to play with the safety of all participants," its statement added.

However the decision has drawn criticism from advocates of transgender rights.

"Blanket bans on women who are trans playing against other women risks violating international human rights principles of non-discrimination, which require such policies to start from a place of inclusion," said Anna Brown, CEO of Equality Australia.

"Fina (swimming's world governing body) failed to meet that standard, and the rugby league's ban also fails to do so, despite it being temporary."

A number of sports have been considering their inclusion policies in recent months, especially after the International Olympic Committee ruled earlier this year that participation policies governing transgender athletes should be determined by each sport - depending on its particular characteristics.

The IRL said it would work with the nations competing at the women's World Cup to obtain data in order to inform a transgender policy in 2023.