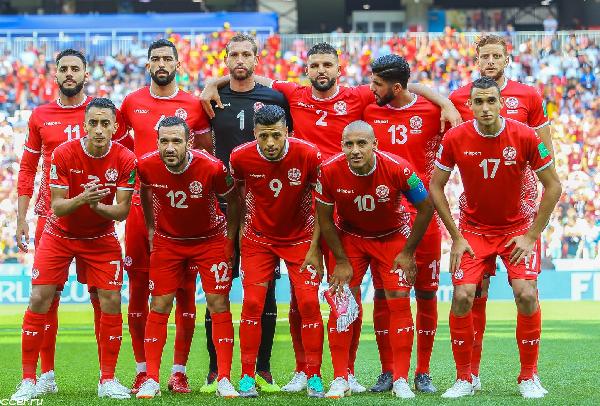 Tunisia were gifted a 1-0 win in the first leg of their 2022 World Cup play-off by hosts Mali.

The unfortunate Moussa Sissako scored the only goal of the game as he put the ball into his own net in the 36th minute.

Things got worse for Sissako just four minutes later when he was shown a straight red card for a foul on the edge of the area.

Despite playing the whole of the second-half with 10 men Mali created the better chances but could not find their way past a stubborn Tunisian defence.

Tunisia had started the game strongly and had put pressure on the their hosts early on.

It took the the Eagles more than twenty minutes to find their pace and start causing the Carthage Eagles any real threat.

Their rhythm was shattered when Sissako, who plays in Belgium for Standard Liege, under no pressure at all received the ball on the edge of the area and manged to make his back pass too strong and too wide of Ibrahim Mounkoro.

To add insult to injury, Sissako was sent off minutes later when he raced after Saifeddine Jaziri and clumsily clipped him from behind with the referee deciding a goal scoring opportunity had been denied.

Despite being a man down Mali did not give up and created by far the better chances after the break but the Tunisian defence was resolute as they hung on for a crucial away win.

It was revenge for Tunisia who lost 1-0 to Mali at the recent Africa Cup of Nations in controversial circumstances, when Zambian referee Janny Sikazwe signalled for full-time on 85 minutes, then ended the match before the clock showed 90 minutes.

Tunisia, who are aiming for a second consecutive appearance the World Cup, will host Mali in the return leg on 29 March.

Mali, who are trying to reach the World Cup for the first time in their history, will be without Sissako for the game in Rades following his red card.