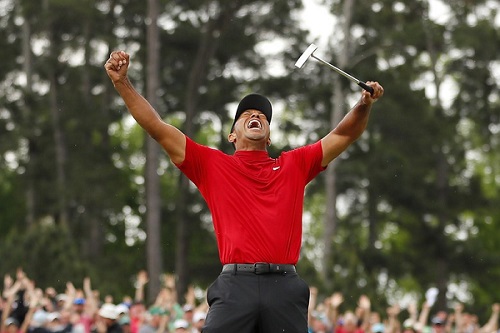 Some top personalities including John Mahama, Barrack Obama and some of the most decorated sports figures flooded social media to congratulate American Tiger Woods after he clinched his fifth Masters title.

Woods energized fans as he pulled ahead during the Masters’ fourth round in Augusta, Georgia. He entered the final day tied for second place, two shots behind Francesco Molinari.

By the 18th hole, he held a two-shot lead. With that cushion, he bogeyed the last hole to shoot a two-under-par 70 on Sunday, winning the tournament with a score of 13 under par. Three players finished a stroke behind him.

Woods’ triumph marked his fifth Masters title; he previously won the green jacket awarded its victor in 1997, 2001, 2002, and 2005. Sunday’s win also was the first time he had won any major without holding at least a share of the lead going into the final round.

Woods now has 15 major titles under his belt, placing him three behind record holder Jack Nicklaus, who has 18.

Below we look at Twitter reactions after his victory: 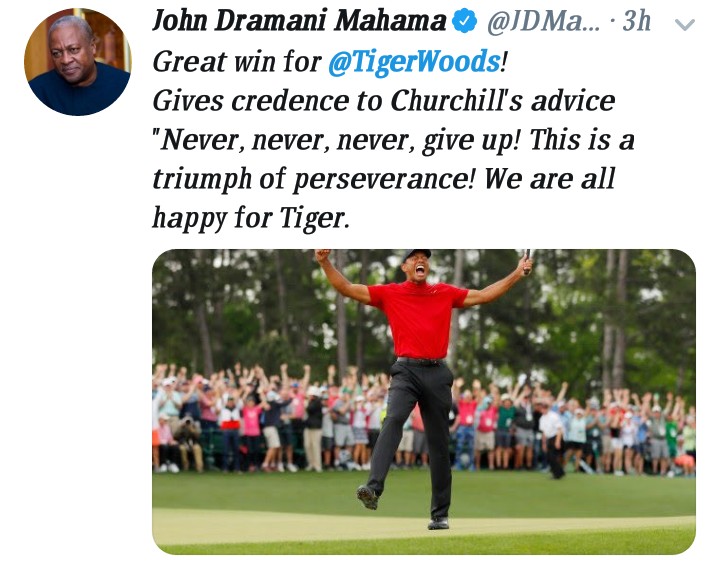 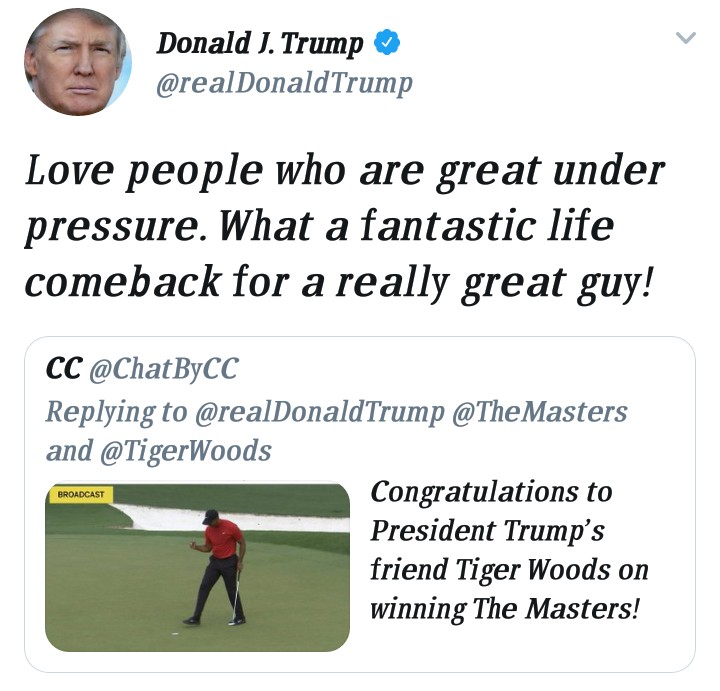 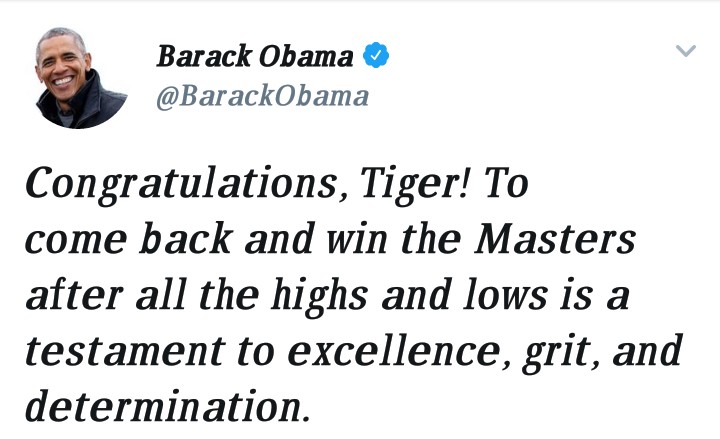 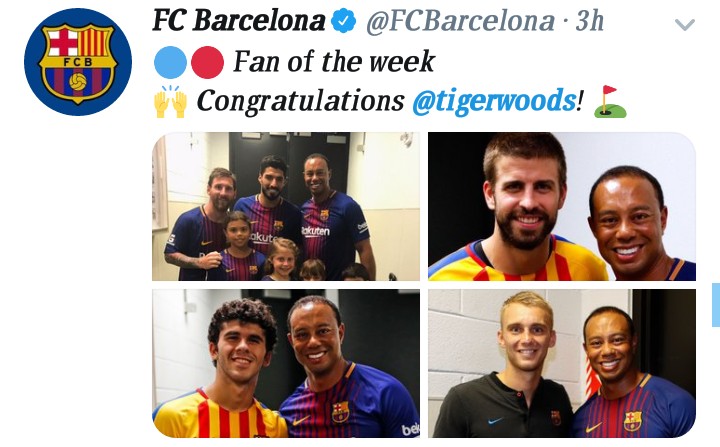 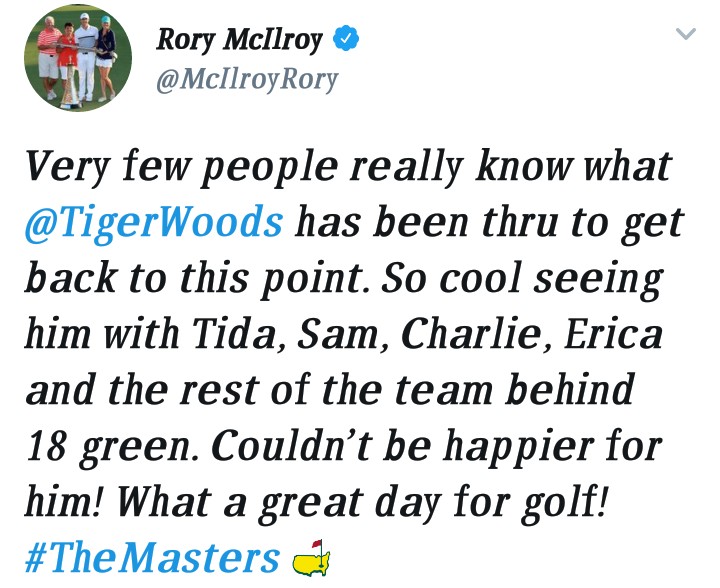 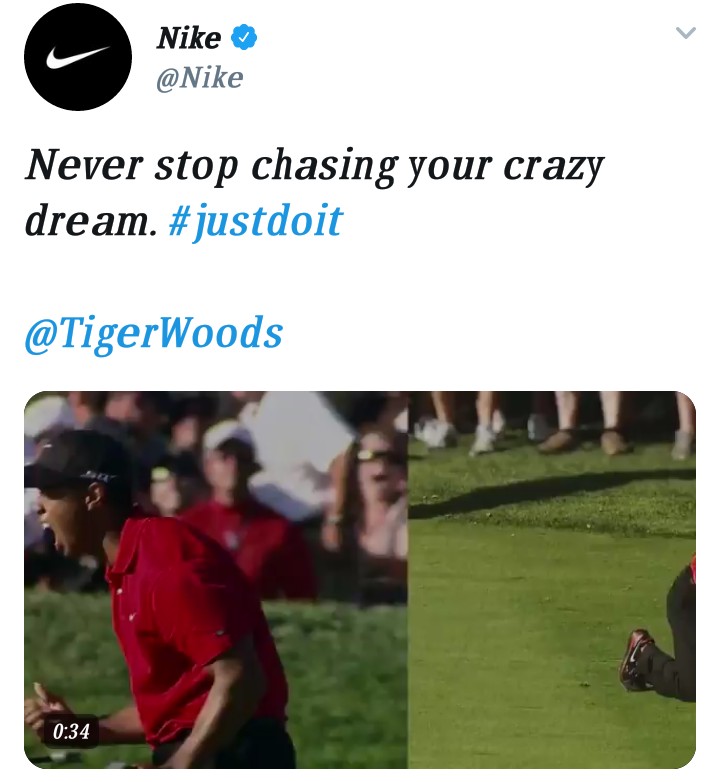 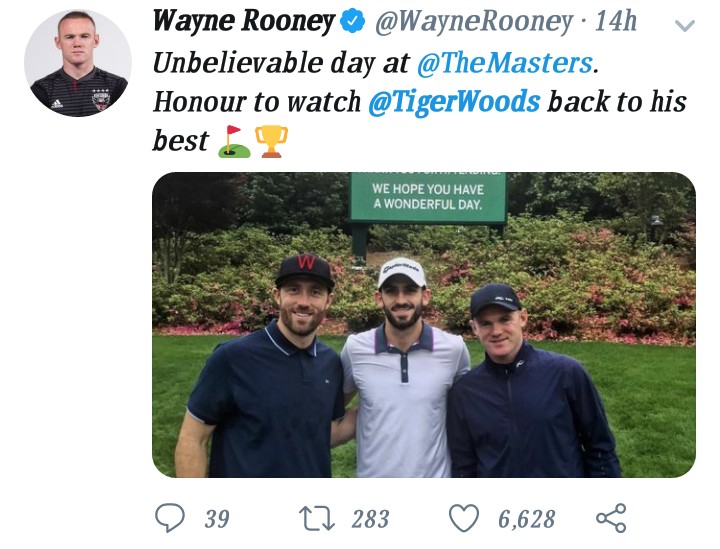 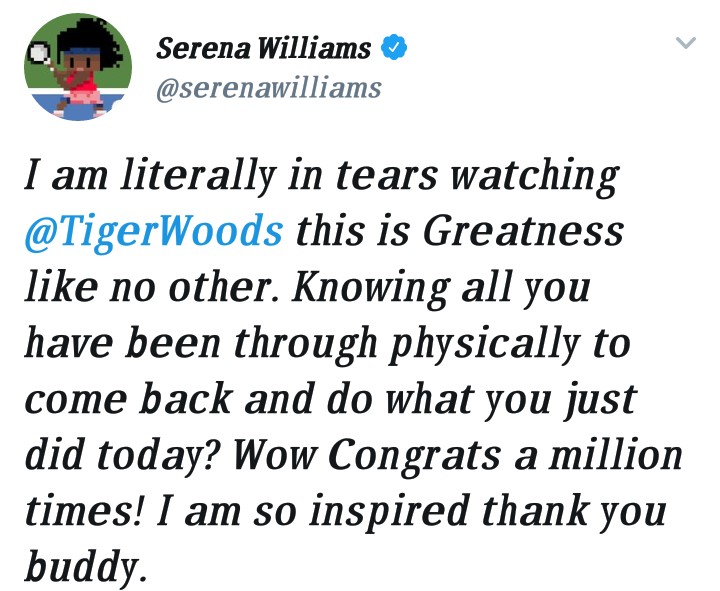