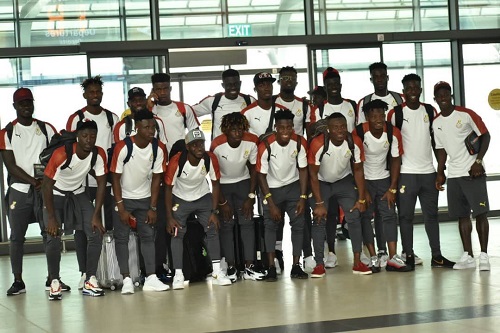 Ghana will be taking on Cameroon at the Cairo International Stadium in their Group A opener at 7:00 PM tonight.

The last time the two sides met was in the 2011 All Africa Games where Ghana beat Cameroon 1-0 and went on to win the competition.

Black Meteors coach Ibrahim Tanko will be coming up against his old friend (Rigobert Song) and former team manager when he was assistant coach of the Indomitable Lions four years ago, a duel that he is really relishing.

Ahead of the tonight's game, Ghanaians have sent goodwill messages to the Black Meteors.

Kwesi Appiah wrote on Twitter,” wishing the Black Meteors the very best of luck in the CAF U-23 opener against Cameroon.”

Gideon Mensah who was not able to join the team due to his club's refusal to grant him permission wrote "Wishing the Ghana U23 side (The Black Meteors) the best of luck in the African U23 Championships which kicks of today in Egypt as the country bids to qualify for the Olympic Games in Tokyo 2020 for the first time in 15 yrs. GO FOR GOLD! I believe you guys can do it. 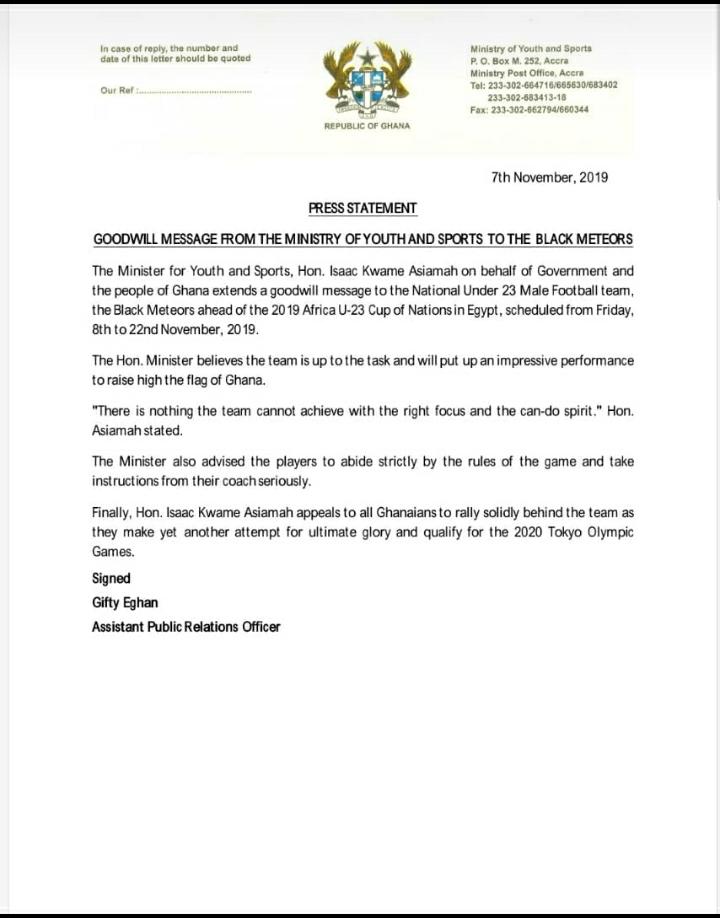