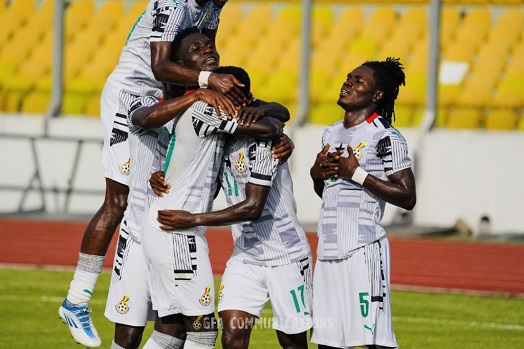 The Black Meteors of Ghana will face DR Congo in the final round of the TotalEnergies CAF U-23 Championship qualifiers after eliminating Mozambique.

Ghana beat Mozambique 4-1 aggregate to advance to the last stage of the qualifiers, winning the first leg 2-1 in Maputo and securing a 2-0 victory in the return encounter at the Baba Yara Stadium on Sunday, October 30.

Black Meteors dominated play and led at halftime thanks to a fantastic strike from Sylvester Simba after he was assisted by Augustine Randolph.

Later in the second half, the captain of the Ghana, Daniel Afriyie Barnieh scored from 12 yards in the 54th minute to double the lead for the hosts.

The game eventually ended 2-0 for Ghana at the end of the 90 minutes.

With the results, Ghana now qualify for the next round of the qualifiers with a 4-1 aggregate victory.

The final round of the qualifiers will be played in March, 2023.

Ghana will travel away for the first leg before hosting the Congolese side in the return leg.