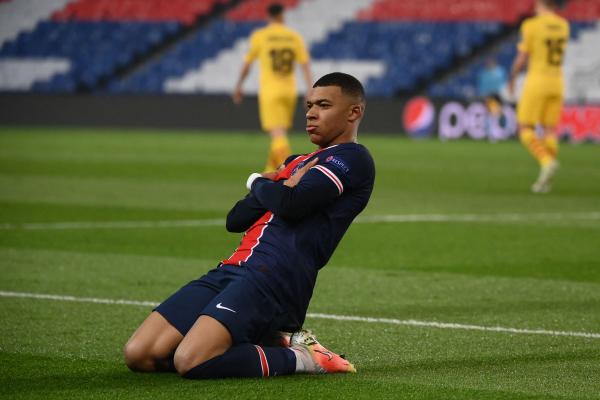 Paris Saint-Germain held off Barcelona in a thrilling match in the French capital to progress to the quarterfinals of the Champions League.

The tie finished 5-2 on aggregate, but the second leg was far less comfortable for Mauricio Pochettinoâ€™s PSG than that scoreline would suggest, with Barcelona playing some of their best football for some time as they went in search of an unlikely comeback.

That lively performance from the visitors started straight from the first whistle, and they created a host of chances in the first half, with Ousmane Dembele both the biggest threat and most profligate in attack for Barca. But the opening goal, when it came, was for PSG â€“ with the video assistant referee spotting a foul on Mauro Icardi, and Kylian Mbappe taking advantage from the penalty spot.

It was a sucker punch for Ronald Koemanâ€™s side, but they carried on where they left off, racking up a host of further chances (nine on target in the first half alone) before Lionel Messi slammed home a brilliant long-range strike to pull it back to 1-1.

And Barca had an opportunity to put even more pressure on PSG right on the cusp of half-time when referee Anthony Taylor handed them a chance of their own from the spot. But Keylor Navas went the right way and got a leg to Messiâ€™s penalty, diverting it up and away via the crossbar, leaving the Spanish side needing three goals without reply in the second half.

Barcelona threw bodies forward in the second half in search of a repeat of their 2017 comeback (with Neymar watching on in a PSG facemask from the stands) but the goals just wouldnâ€™t come as the Catalan club suffered their earliest Champions League exit in 14 years.

PSG will discover their quarterfinal opponents in nine daysâ€™ time, with the draw set to be held at UEFAâ€™s HQ in Nyon on Friday 19 March, with the ties scheduled to be played over the first two weeks of April.

Eslewhere, Mo Salah and Sadio Mane were on target as Liverpool put their Premier League struggles to one side and booked their spot in the last eight of the Champions League with a 2-0 win against RB Leipzig in Budapest.

Jurgen Kloppâ€™s Reds were playing the home leg of the tie at the Puskas Arena in Hungary due to COVID travel restrictions but never looked like needing the Anfield factor in Europe as they eased to a 4-0 victory on aggregate.