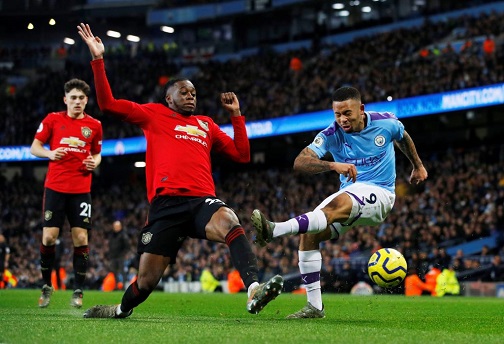 UEFA have urged the Premier League and other European leagues not to â€œabandonâ€ their seasons.

Officials of European footballâ€™s governing body have revealed they are working on plans to resume games from July.

UEFA, the European Club Association [ECA] and European Leagues [EL] have written to all 55 member associations, including clubs and leagues.

Together, they have asked them to "walk united" as they battle against issues that have emerged amid the planetâ€™s ongoingÂ coronavirusÂ pandemic.

UEFA chaired a conference call with every member association on Wednesday.

After that meeting, the board of directors of Belgium's Jupiler Pro League recommended the cancellation of their season.

"The current health crisis caused by the spread of Covid-19 has no precedents in our society and, on top of the threat posed to public health, which is the uncontested number one priority, it has dramatically hit all industries and economic sectors," it notes, as reported byÂ Sky Sports.

"We walk united in the awareness that only an extraordinary coordinated effort of all competition organisers can help European football out of the crisis, recovering in full its core asset, the competitions. With no unity and no solidarity, nobody will be able to get out of the crisis as we are all interdependent."

The letter also makes clear a determination to ensure competitions are â€œdecided on the fieldâ€.

"We are confident that football can restart in the months to come â€” with conditions that will be dictated by public authorities and believe that any decision of abandoning domestic competitions is, at this stage, premature and not justified.

"Their work is now focusing on scenarios encompassing the months of July and August, including the possibility that the UEFA competitions restart after the completion of domestic leagues.

"A joint management of calendars is strictly required as the conclusion of the current season must be coordinated with the start of the new one, which may be partly impacted because of the overstretch.

â€œClosely following the development of the current situation, the calendar working group will indicate as soon as possible, and ideally by mid-May, which of the plans can be enacted for the completion of the season without leaving anyone behind.

â€œSince participation in UEFA club competitions is determined by the sporting result achieved at the end of a full domestic competition, a premature termination would cast doubts about the fulfilment of such condition."