US Open organizers to allow Russians, Belarusians to compete 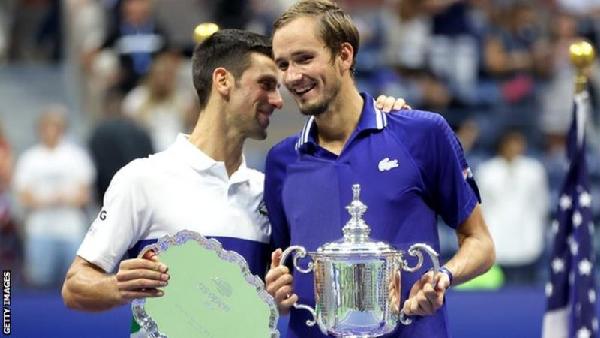 The US Open will allow tennis players from Russia and Belarus to compete at Flushing Meadows in August, but Novak Djokovic could miss out due to Covid-19 rules.

Russian and Belarusian players been competing under a neutral flag since Russia's invasion of Ukraine earlier this year.

However, they have been banned from playing in the UK this summer, including at Wimbledon, which starts on June 27.

United States Tennis Association CEO and executive director Lew Sherr says they will allow Russians and Belarusians to compete at the Grand Slam because of “concern about holding the individual athletes accountable for the actions and decisions of their governments.”

“We recognise that each organisation has had to deal with unique circumstances that affect their decisions,” the USTA said in a statement.

“Based on our own circumstances, the USTA will allow all eligible players, regardless of nationality, to compete at the 2022 U.S. Open.”

Russian athletes have been banned from taking part in many sports, including team tennis events such as the Billie Jean King Cup and the Davis Cup, and World Cup qualifying play-offs in football.

Russia's Daniil Medvedev, who is the current US Open champion and world No. 1, will be allowed to compete at the fourth Grand Slam of the year as well as the likes of world No. 7 Andrey Rublev and women's world No. 6 Aryna Sabalenka.

As it stands, 20-time Grand Slam champion Djokovic will not be permitted to play as he is unvaccinated against Covid-19.

The USA recently lifted requirements for international travellers to show negative tests for entering the country, but most visitors still need to show proof of vaccination.

Djokovic also missed the Australian Open earlier this year due to the vaccination rules in the country.
The 2022 US Open gets under way on August 29.