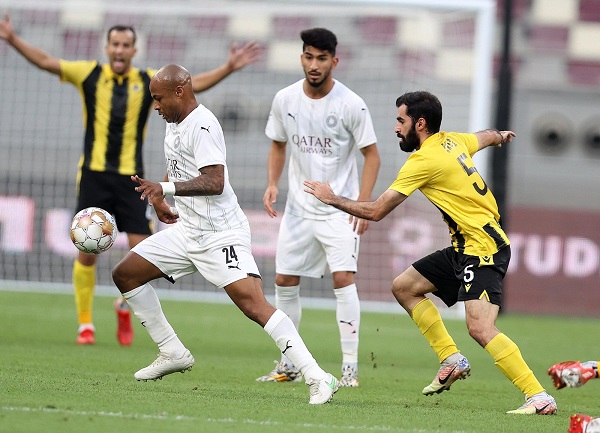 The 31-year old forward scored in his outfit 3-1 win over Al-Arabi SC at the Khalifa Stadium.

HeÂ equalized for his side after they were pegged by Sebastian Soria's first-half strike. He picked up a ball from the right-hand side and produced his trademark finish in the 63rd minute.

By virtue of the win, Al Sadd go top of theÂ Qatar Stars League with 6 points after 2 matches.

Andre Ayew on Sunday made his debutÂ for Al Sadd in a 2-0 win over Al Sailiya afterÂ completing his move on July 23.

He joined the King of Hearts as a free agent after leaving EFLChampionship club Swansea City at the end of last season.

Having signed a two-year contract with an option to extend for another one year, the forward was handed the No.24 jersey.