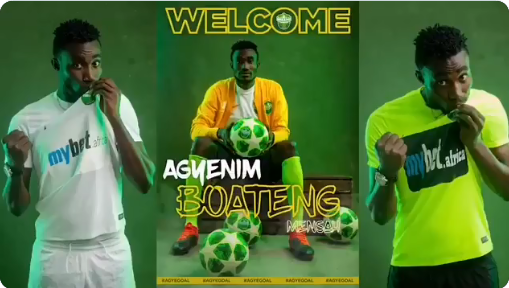 Dreams FC have announced the capture of Agyenim Boateng from Nzema Kotoko in the ongoing transfer window.

The goal poacher has penned a four-year deal to join the Dawu based club. This comes after the striker completed the necessary formalities to be a member of Still Believe.

The young striker played a pivotal role in Nzema Kotoko's reaching the finals of the tier 2 of the Normalisation Committee Special Competition.

He amassed 10 goals in 13 matches in the Zone Two of the Division One League before the season was annulled due to coronavirus pandemic.

He is expected to form a solid partnership and a fearsome attack with the likes of Joseph Esso, Abel Manomey and Emmanuel Ocran at Dreams FC.