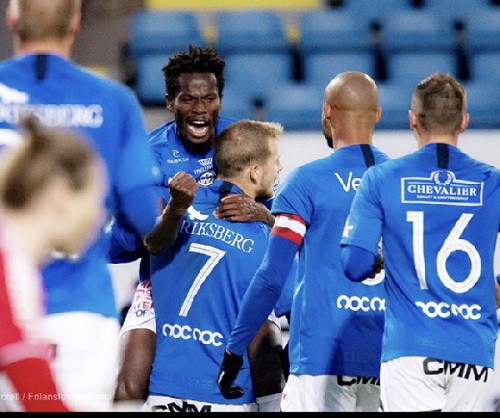 Abdul Fatawu Safiu was on target as his club Trelleborgs FF lost at home to Jönköping Södra IF in the Swedish lower league.

The Ghanaian attacker strike was not enough as his outfit lost 2-3 at the Vångavallen to Jönköping Södra IF.

The visitors shot into the lead as early as the 2nd-minute mark courtesy Jakob Orlov.

Trelleborgs FF however scored twice within 11 minutes to end the first half with a 2-1 advantage.

Swedish midfielder Sebastian Ohlsson doubled the lead for the home side assisted by Christian Kohler.

They away side staged a come back in the second department as two goals from Edin Hamidovic and Alexander Jallow secured them a 3-2 win.

The goal becomes Fatatwu Safiu’s fourth in eight games since completing his loan switch from Asante Kotoko to Trelleborgs FF.

READ ALSO: This is how much Kotoko received for Safiu's Trelleborgs move ...