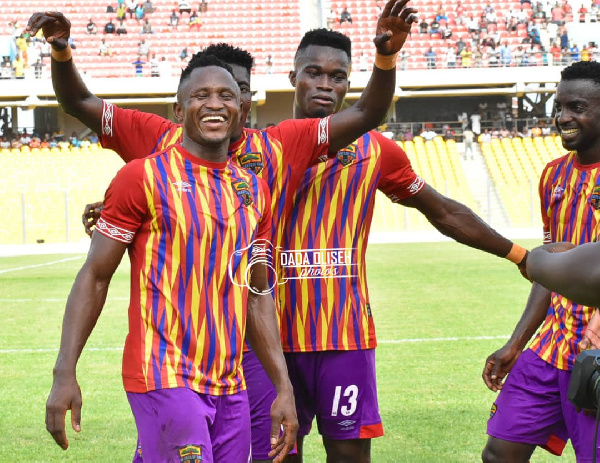 Joseph Esso has implored Hearts of Oak supporters to fill the Accra Sports Stadium as they come up against AshantiGold in the Ghana Premier League match week 8 fixture this evening.

The Phobians have not fared well in their home games having lost 2 and won a match at the Accra Sports Stadium. Edward Odoom charges are looking to put their home struggles behind them later tonight as they welcome the Miners.

Speaking ahead of the game, Esso, the former Ebusua Dwarfs attacker has called on the Phobian fans to fill the stadium to as they bid to gun down AshantiGold.

“I’m inviting all Phobians to the big game on Thursday against Ashgold, let all of you come in your numbers to support your darling club Accra Hearts of Oak”, Esso said.

Accra Hearts of Oak will host Ashantigold SC on Thursday evening at the Accra Sports Stadium under floodlights with the expected to kick off at 7:00 pm.