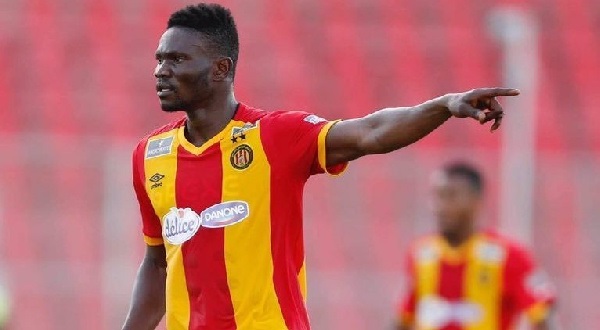 Kwame Bonsu scored his first competitive goal for Esperance de Tunis in the pulsating second leg of the quarter-finals of the Arab Club Championship on Saturday night against Olympic Club de Safi.

The former Asante Kotoko midfielder scored on the 53rd minute to levelled matters for his side after the visitors took an early lead in the first half.

The first-leg of the encounter ended 1-1 in Morocco a couple of weeks ago before today’s second-leg encounter which also ended in a 1-1 stalemate as the double legged encounter finished 2-2.

With the game levelled on 2-2 aggregate, the game went straight to penalty shoot-out on the night as the Tunisian champions lost 2-4 on penalties.

Kwame Bonsu’s strike was his second for the club after scoring his first against Sporting Club D’Hammam in a friendly encounter.