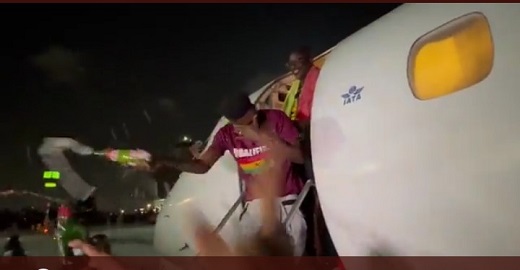 The Black Stars of Ghana have arrived in Accra after booking a place at the 2022 World Cup to be staged in Qatar.

Ghana picked up a 1-1 draw against the Super Eagles of Nigeria at the Moshood Abiola Stadium on Tuesday. The draw sent Ghana through to the FIFA World Cup Qatar 2022 tournament on the away goals rule.

READ ALSO: Know the 5 African teams to have qualified for Qatar 2022 World Cup