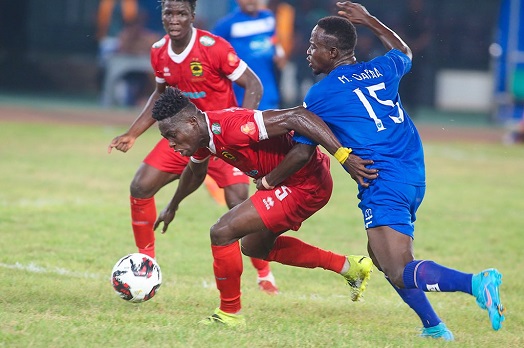 The Tamale-based side defeated the Porcupine Warriors 2-1 in the Ghana Premier League matchday 8 fixture.

Defending champions, Kotoko broke the deadlock of the game on the stroke of halftime courtesy Cameroonian attacker Georges Mfegue.

However, the Reds couldn't hold their advantage in the second half.

A spirited RTU performance saw them draw level in the 62nd minute after a well-worked move and finished off by Issah Kuka.

Two minutes later David Abagna found the back of the net to make it  2-1 for RTU. Both sides failed to score again as the referee brought proceedings to an end at the Ali Mahama Stadium.

By virtue of the win, RTU have surged to 8th on the Ghana Premier League table with Asante Kotoko likely to drop out of the top four depending on results from Sunday's matches.

The league after today will break for the FIFA World Cup 2022.