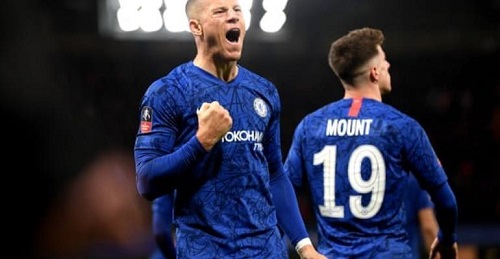 A fabulous second-half goal from Ross Barkley sealed a 2-0 win for Chelsea over Liverpool on Tuesday evening, the second defeat in a row for the Reds.

Both teams rotated after Premier League action but strong sides were still named, with Chelsea boss Frank Lampard giving Kepa Arrizabalaga a chance to stake his claim for a starting spot.

The goalkeeper, one errant first touch aside, was excellent, but his opposite number Adrian will be furious after he let in Willian's opener just 13 minutes when it was hit straight at him.

It came moment after the Spaniard had made a brilliant reaction stop to deny the Chelsea forward but the Blues had to wait until the second-half when Barkley picked up the ball and charged forward, choosing to ignore Pedro and instead firing the ball into the corner from outside the box.

Liverpool had their chances, on one occasion forcing Kepa into a remarkable triple-stop, but they now have lost three of their last four.