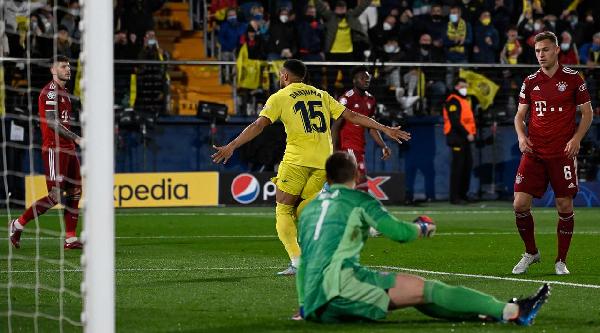 Villarreal took a slender advantage into the second leg of their Champions League quarter-final against Bayern Munich, sealing a 1-0 win at Estadio de la Ceramica in the opening game between the two teams.

Unai Emery’s side got off to the perfect start as they took the lead with just seven minutes on the clock, to the delight of the home support.

Giovani Lo Celso’s cut-back into the box from the right found Dani Parejo, whose scuffed shot was turned into the net by Arnaut Danjuma ahead of him, as the Dutchman grabbed his sixth Champions League goal for the Yellow Submarines.

The home side then found the net again five minutes before half-time, as Francis Coquelin’s cross from the left found its way into the far corner of the net. However, VAR ruled the goal out for offside in the build-up.

The game became more open in the second half, with both sides creating big chances to score. Villarreal came closest, as Gerard Moreno’s strike from 25-yards out smacked the bottom of the post, to the relief of Manuel Neuer in the Bayern Munich goal.

The hosts held on despite pressure late on from Bayern to secure a famous European win.