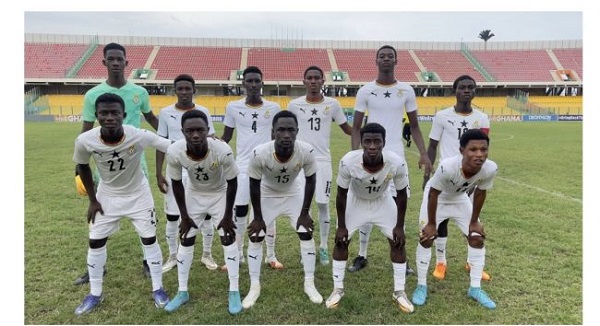 The Black Starlets of Ghana hopes of reaching the WAFU Zone B U-17 Cup of Nations final were dashed after losing to   Burkina Faso on Tuesday.

The two West African youth national teams locked horns at the Cape Coast Stadium in the second semi-final game of the tournament and it was Burkina Faso who recorded a 1-0 victory to set up a final against Nigeria.

Neither side failed to score in the first half despite the numerous chances created.

After recess, a tough battle ensued between Ghana and Burkina Faso as both teams pushed to score to win the game.

Burkina Faso were awarded a penalty in the 64th minute after Ghana captain Collins Agyemang was adjudged to a fouled his marker.

Ousmane Camara made no mistake from the resulting kick to give Burkina Faso the lead.

Despite throwing caution to the win in the dying minutes, Black Starlets failed to breach the resolute defense of their counterparts as the game ended 1-0.

The defeat means that Ghana misses out on the AFCON 2023 to be staged in Algeria.

Nigeria and Burkina Faso have booked their ticket for the tournament.