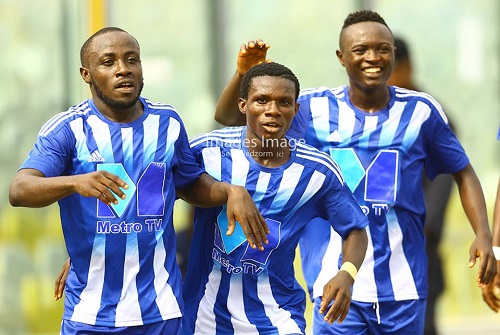 Accra Great Olympic have welcomed their reinstatement into the 2019/2020 Ghana Premier League.

The "wonder Club" who have been playing in the second tier of Ghana Football will be making an entry into the 2019/20 Ghana Premier League and they were quick to announce their reinstatement on Twitter.

"We are back in the Premier League" #OLYGBOGBO

At the Extra-Ordinary Congress held on Friday, October 25 at the College of Physicians and Surgeons, 64 of the 120 delegates to approve of the decision for Great Olympics and King Faisal to partake in the 2019/20 Ghana Premier League.