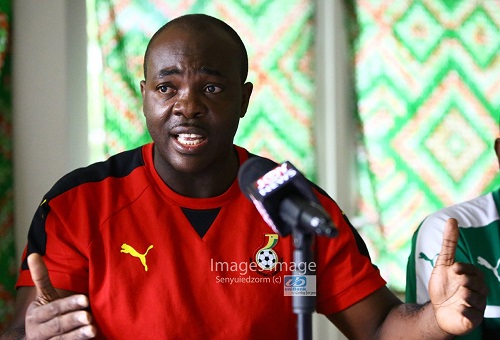 Isaac Kwame Asiamah has disclosed the Sports Ministry have outstanding bonuses to take care off.

He made this revelation at the Meet the Press session on Wednesday, stating the Sports Ministry owes the Black Stars and Meteors bonuses.

According to him, the senior national team are owed two bonuses for the AFCON 2021 qualifiers against South Africa and Sao Tome and Principe whilst the Black Meteors outstanding bonus comes as a result of their participation in the just ended U-23 AFCON in Egypt.

Speaking to the Press, he averred the bonuses have delayed due to the Ministry having not received funds from government.

"I am discussing with the FA leadership, the bonus structure  I have aleardy asked him to re-look it."

"But as at now our the fourth quarter has not hit our accounts so we are waiting for it to hit our account and pay them. As it stands we owe the Black Stars two bonuses for their match against South Africa and Sao Tome.

That is not the only team that we owe but it is based on the release of funds.

He added that the per diem of the Black Meteors and Stars have been cater for.

The Black Stars began their AFCON 2021 campaign in on a high not beating South Africa and Sao Tome and Principe in their opening two games by 2-0 and 1-0 respectively whilst Black Meteors quest to book a ticket to the Tokyo 2020 Olympic Games was curtailed by South Africa in their third-place playoff match for the automatic qualification.