Who becomes the next Minister of Youth and Sports? 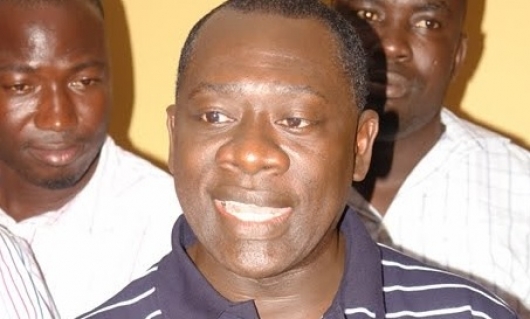 Mr. O. B Amoah could be the next Minister of Youth and Sports

One of the hottest ministries in Ghana is the Ministry of Youth and Sports with Nii Lantey Vanderpuye as the outgoing minister.

Since the New Patriotic Party (NPP) won the general elections, it became apparent for a new minister to be appointed to replace Mr. Vanderpuye.

Several names have been suggested with others lobbying vigorously for the position as President-elect, Nana Akufo-Addo is expected to name his ministers in January.

The first name, in no particular order is Former Deputy Minister of Youth and Sports, Osei Bonsu Amoah who might be considered for the position.

Mr. O. B Amoah has been keen on several issues with regards to sports especially the Black Stars and with his experience with the Ministry under the President John Kufuor administration, he would do well when giving the mandate.

The second person is the Member of Parliament for the Atwima Mponua constituency in the Ashanti region, Isaac Asiamah.

Mr. Asiamah has also criticized the outgoing minister, Mr. Vanderpuye on several occasions and seems to have better ideas as far as sports administration is concerned.

The next on the list is Acting Managing Director of Accra Hearts of Oak and Member of Parliament-elect for the La Dadekotopon Constituency, Vincent Odotei Sowah.

It is obvious Mr. Sowah has the necessary experience with regards to sports administration and looks decent for the job.

Mr. Andah has also come up for consideration to take over the position and his knowledge in business would be essential especially in getting the right partners for youth and sports development in the country.

All the four suggested names are capable of handling the position and now await President-elect, Nana Addo to name his man for the position when sworn in as President on January 7.