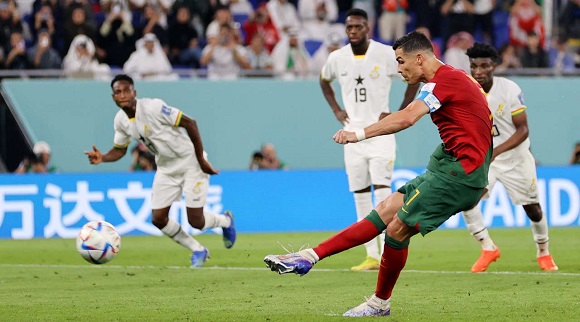 The Black Stars of Ghana didn't have the best start in their World Cup 2022 Group H opener against Portugal.

In a game they were second best for the large part, Ghana switched from a drawing position to a losing one against Portugal at the Stadium 974.

It only took Portugal 2 minutes to put the game beyond the reach of the West African nation after they have drawn level as Otto Addo's side paid the price for their defensive calamity.

Cristiano Ronaldo became the first man to score in five different World Cups, his penalty giving his side the lead. Andre Ayew then equalised for Ghana, before Joao Felix and Rafael Leao gave Portugal the win.

Portugal dominated territory and ball in a tedious opening 45, the two chances they creates falling to Ronaldo. The first one slipped away thanks to a poor first touch and the second went begging when he headed wide having done all the hard work in climbing to meet a cross.

Things were much better after the break, Portugal handed the lead for a foul on Ronaldo by Mohammed Salisu.

Ronaldo slammed home from the post, but Ghana, inspired by Mohammed Kudus, soon equalised through Ayew. 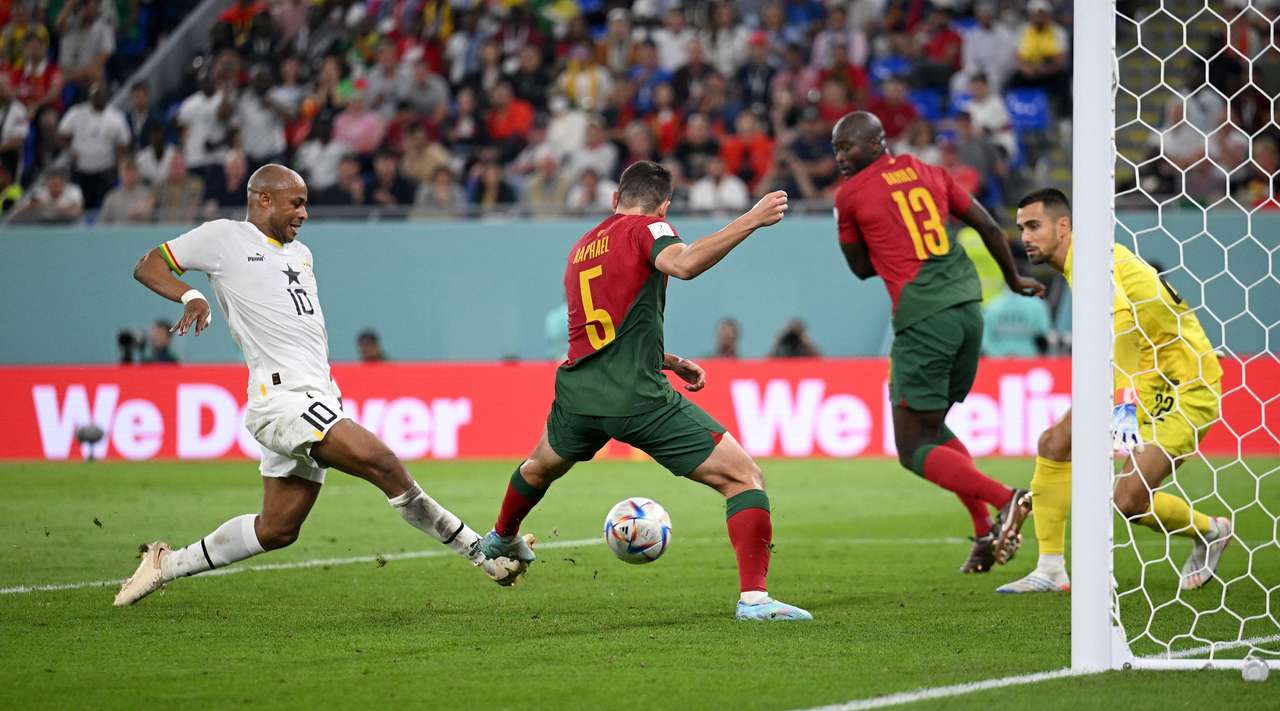 Otto Addo, though, opted to take off both his strikers and within seconds, Portugal were 3-1in front, Bruno Fernandes creating goals for Joao Felix (78) and Rafael Leao (80) that put this team in control of Group H and a gloss on the scoreline that their performance did not really deserve.

Then, just when it seemed like Ghana had given up, Osman Bukari scored a livener, but despite nine added minutes, Portugal hung on for the win. 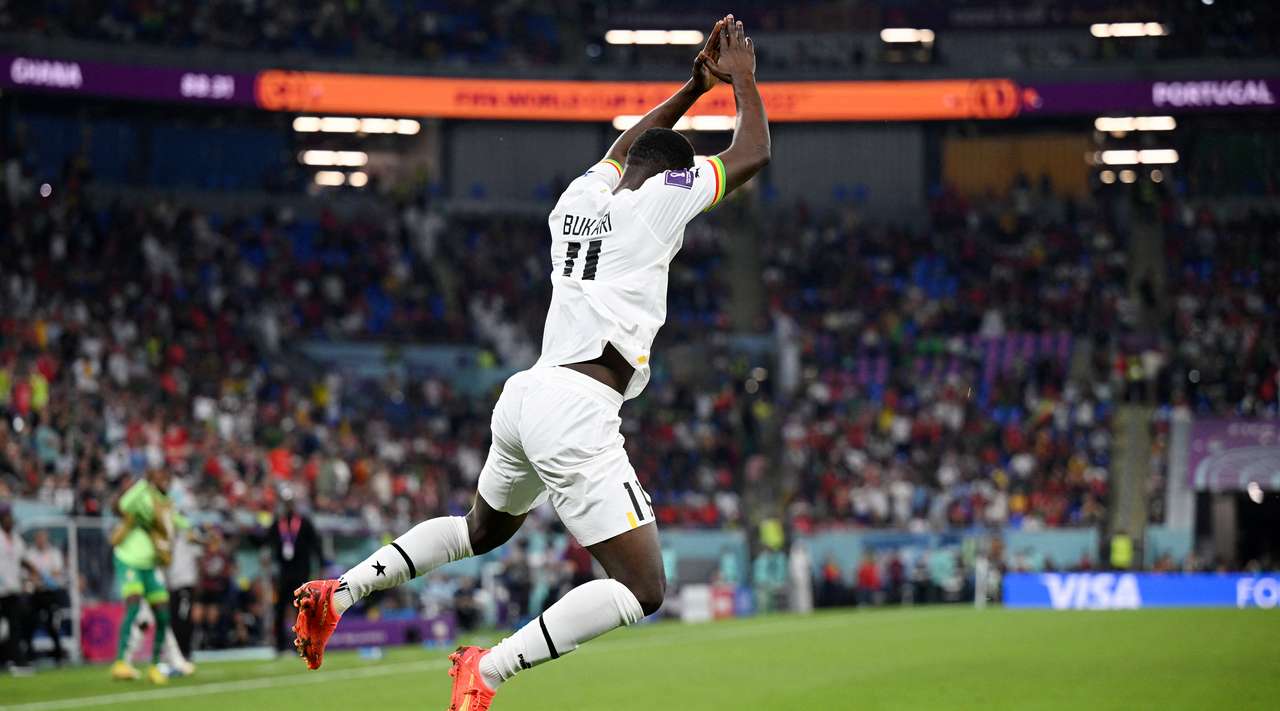