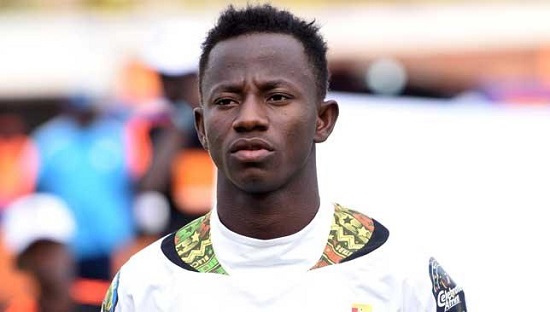 Spanish club CD Numancia winger Yaw Yeboah has opened up after been left out of the final 23-man squad for the AFCON 2019 tournament in Egypt.

The 22-year-old captain failed to make the cut after a week training with the team in Dubai. Other includes Ebenezer Ofori, Majeed Waris, Mohammed Alhassan, Abdul Fatawu and Nuhu Musah who missed Ghana’s AFCON train through injury.

Yaw Yeboah has however thrown his weight behind the Black Stars to shine at the tournament and thanked the management technical handlers for recognising his talent.

"I thank the nation for giving me the opportunity to be here especially coach Kwesi Appiah and his technical team."

"It's not easy to be part of the senior national team and to train with the wonderful players in camp of which I have learnt a lot from."

The Black Meteors captain further revealed that he has turned his focus to the U-23 tournament.

"I have to lead the Black Meteors to the U-23 tournament in Tokyo, it's been a while Ghana qualified and we are going to do our best to secure qualification."

The Meteors will be facing Algeria's U-23 in the final round of the qualifying series with the winner progressing to the 3rd edition of the Africa U-23 Cup of Nations.

The tournament will determine which three African teams will compete at the 2020 Summer Olympics men's football tournament in Japan.