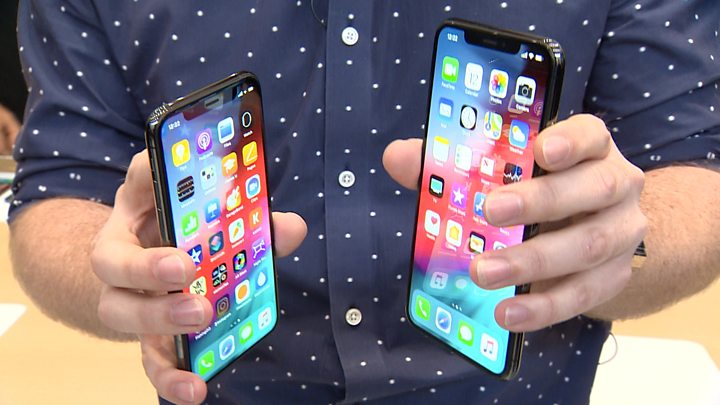 A new smartwatch was also launched with an added fall-detection function.

There had been concerns that the relatively high Â£999 entry price of iPhone X would limit its appeal.

That helped propel Apple to become the world's first company with a market capitalisation above $1tn (Â£768bn).

However, China's Huawei still managed to overtake it in terms of overall smartphone market share in the April-to-June quarter, putting Apple into third place.

"Huawei was able to overtake it because Apple is not playing in the mid and low ends of the market," commented Francisco Jeronimo from IDC.

The XS Max will become the most expensive handset Apple has sold to date, with its price ranging from Â£1,099 to Â£1,449 depending on its amount of storage.

Apple has not, however, included a headphone dongle this time around, so owners of wired headphones will need to factor in an additional Â£9 charge to add one.

"But Apple is very well positioned in the premium segment, and we don't expect that to change over the next 18 months."