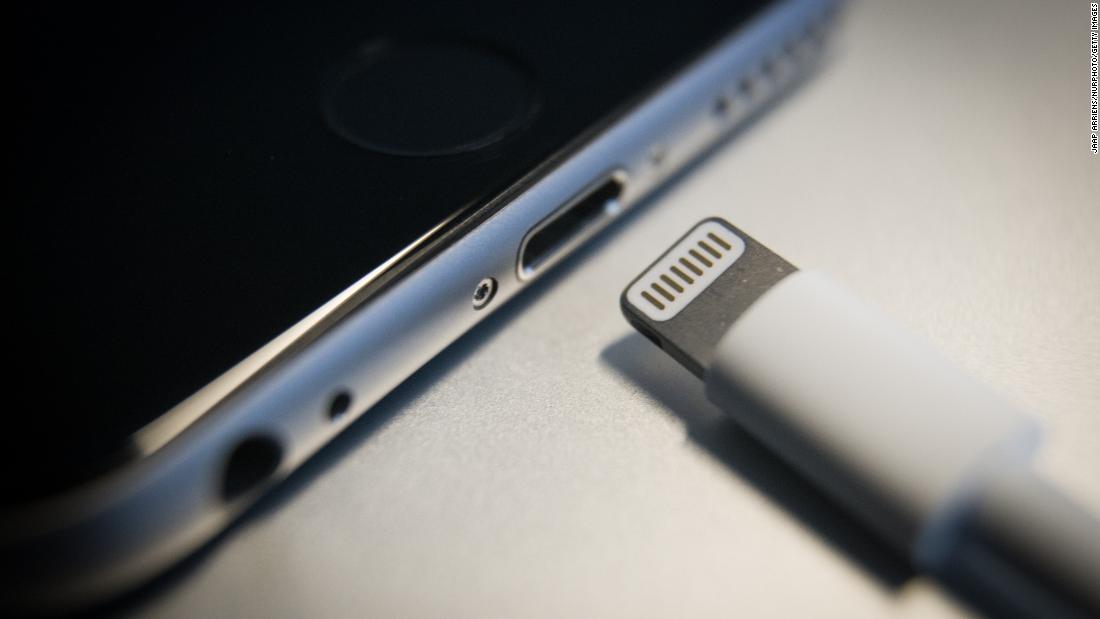 After more than seven years, it could soon be time to bid farewell to Apple's lightning charging cable.

The company may ditch the charging cable and port on its premium iPhone models in 2021, Ming-Chi Kuo, a top Apple (AAPL) analyst with TF International Securities, said in a report Thursday.

The company will instead opt for a completely wireless device as it aims to better differentiate the more expensive iPhone models, Kuo said. Apple already makes wireless charging docks for iPhone 8 and subsequent models.

Kuo's report also estimates that Apple will release five new iPhone models next year. He predicts the company will release a 4.7-inch model in the first half of the year and four 5G-enabled versions â€” 5.4 and 6.1 inch lower end models and 6.1 and 6.7 higher end models â€” in the second half of the year. Kuo's predictions for releases in the second half of 2020 echo those in a report from JP Morgan analysts released earlier last week.

Of course, the predictions detailed in the report, which are based on supply chain checks are just that â€” predictions. Apple did not respond to a request for comment on this story.

But the move to get rid of the lightning cable on some models would be a significant change after several years of relatively stagnant iPhone designs. And the category could use a boost. Though the iPhone remains Apple's single biggest source of revenue, sales have slumped in recent quarters.

The report also indicates that the lightning cable could be on its way to joining the long list of input technology that Apple has killed over the years, which has at times created confusion over the industry standard and what tech accessories customers should invest in for the long haul.

There was the 1998 release of the iMac that â€” to some customers' horror â€” did away with the floppy disk drive, featuring only a re-writable CD drive. A decade later, Apple released the MacBook Air with no disk drive at all (and teens everywhere said goodbye to the tradition of burning mixtapes for one another).

Likewise, current Apple laptops no longer come with traditional USB ports, opting instead for the slimmer USB-C plug-in, but making it so that users have to buy adapters if they want to use older tech.

The headphone jack disappeared in 2016 with the iPhone 7.

That means getting rid of the lightning cable would make for an entirely wireless iPhone. At the very least, such a move would help AirPods sales, after Apple announced a premium version of the wireless headphones this year.