CES 2020: Pork made from plants launched by Impossible Foods 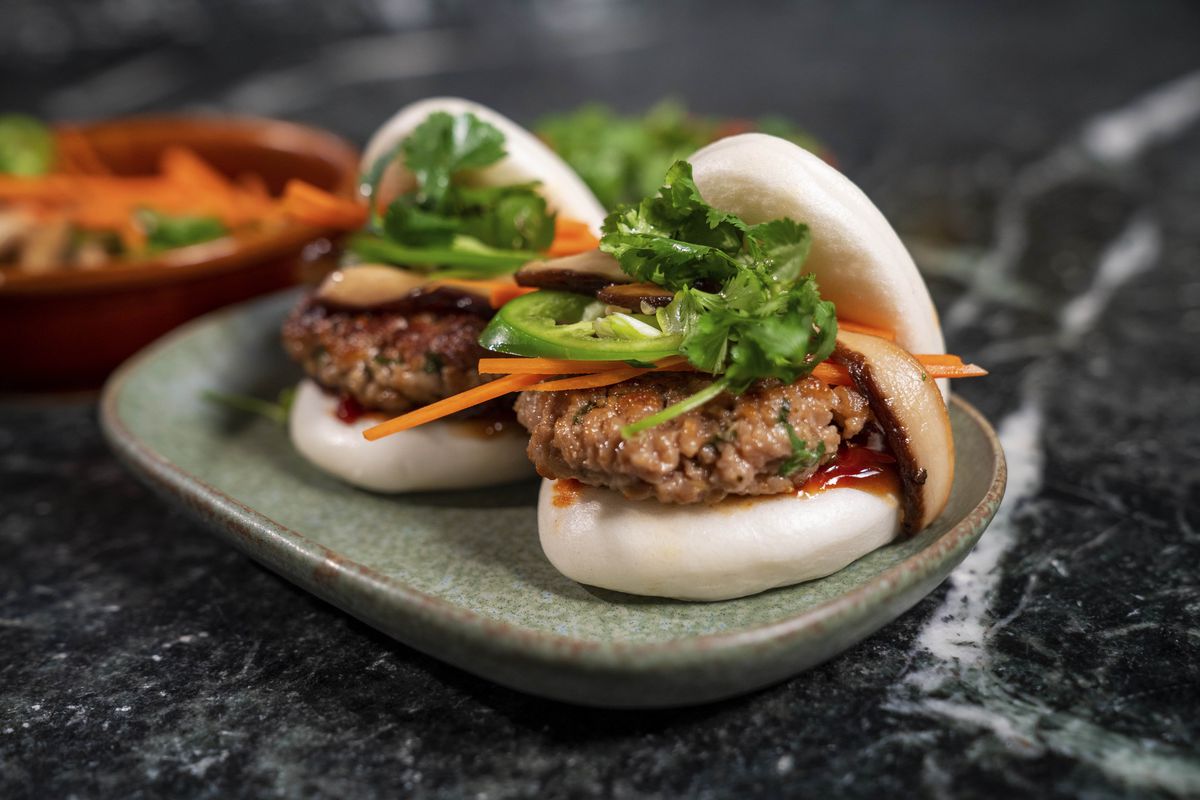 A plant-based pork substitute has been launched in Las Vegas by one of the leading "alternative meat" producers.

Impossible Foods, the firm behind the Impossible Burger, says it hopes to appeal to a global audience with its latest vegetarian-friendly meal, which it unveiled at the CES tech show.

Pork is currently the most widely consumed meat in the world.

The company hopes the product will help it break into China. But one expert said it might find that a challenge.

The first product to feature the foodstuff - the Impossible Sausage - will be available next week at 67 Burger King restaurants in the US, in a sandwich-based dish called the Croissan'wich.

Rival firm Beyond Meat has offered a lab-produced sausage product since 2018, but California-based Impossible Foods is also offering a ground pork substitute that it says can be used in a wide range of traditional recipes.

The new products are designed to comply with kosher and halal rules followed by some observers of the Jewish and Islamic faiths.

The firm's sausage and plant-based pork products, like its ground beef substitute, are made using heme - a molecule derived from plants that contains iron and that resembles blood.

Heme is found in real meat but can be produced without farming animals.

"We won't stop until we eliminate the need for animals in the food chain and make the global food system sustainable."

There was certainly a great deal of excitement at the unveiling of Impossible Pork, in a trendy Las Vegas hotel restaurant.

Music pumped and beverages flowed while we were presented with a beautiful selection of bite-sized food samples - pork katsu, sweet and sour pork meatballs, pork dim sum and pork noodles. None of which contained a shred of actual pork, of course.

There were, however, mutterings that the strong sauces used cleverly disguised the taste of the plant-based "meat" itself - I could tell you how spicy the katsu was but I'd be pushed to describe the flavour of Impossible Pork on its own.

What I did notice is that it's got that lighter, dryer texture of traditional meat alternatives like Quorn - it lacks the heaviness, the richness of meat that meat lovers savour. In the interests of research I ate my way through a selection of the canapes, and felt pretty full - but not for very long.

This is perhaps the idea - apparently Impossible Pork contains around half the calories of sausage meat and is also considerably lower in fat.

Impossible Foods said its synthetic pork product would suit a variety of Asian dishes - from spring rolls to dumplings or wontons.

Pork is in huge demand in Asia. China alone consumes produces and consumes more of the meat than any other country.

Until recently, China was also home to around half the world's farmed pigs - but millions of them have died or been culled due to the spread of African Swine Fever, a viral disease that infects pigs. There is no known cure.

That said, Chinese consumers are more likely to turn to chicken or fish if pork prices rise to high or when pork shortages occur, said Chenjun Pan, a senior analyst at Rabobank.

"The major substitution to pork remains poultry," she told the BBC.

But in the longer term, US companies that market highly realistic, lab-produced meat substitutes to Chinese consumers may find success, she added.

This is because the technology to make these products is dominated by Western firms.

"It's very likely that foreign companies will bring this product to China," said Ms Pan.