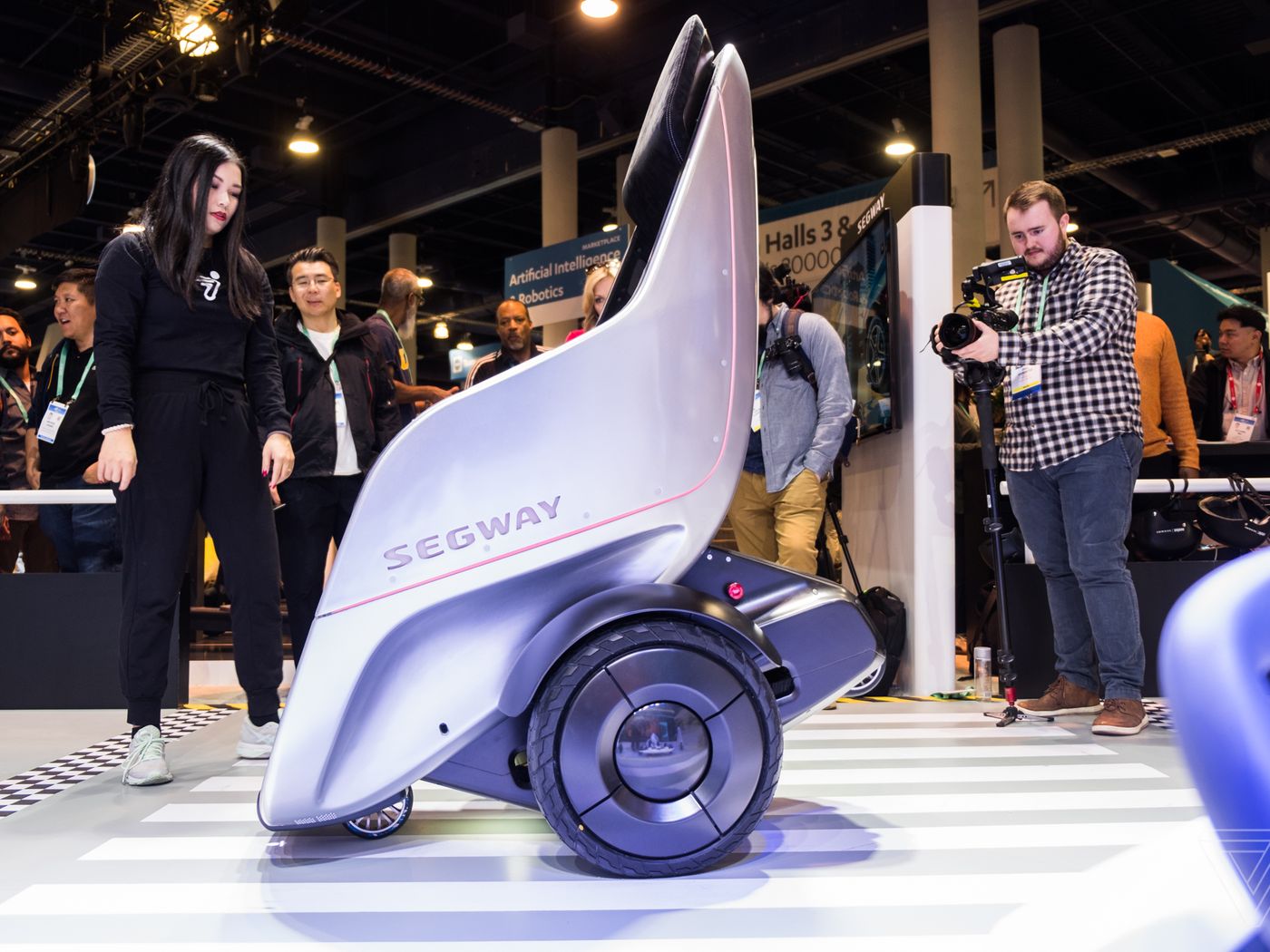 Segway's prototype wheelchair crashed during a demonstration at the CES tech show.

The S-Pod - a self-balancing electric wheelchair - was being tested by a journalist at the time. The rider had accelerated the vehicle before accidently crashing into a wall.

Its maximum speed is 24mph (38km/h). The company said no one was injured.

The crash made the S-Pod unavailable for further demos, but analysts say the company should not face lasting damage.

"In no way is a [malfunction] a total loss. It is still a sign to the public that the company is close to the finished product," said Ross Rubin, principal analysts at Reticle Research.

The S-Pod is designed to be driven in enclosed spaces such as airports, theme parks and work campuses.

Segway's director of marketing Jeff Wu told the BBC the concept model did not have a safety belt, but that his company intended to add one.

The Chinese firm did not say how much it had spent on the prototype, but companies often spend millions of dollars developing products to have them ready to exhibit at the annual Las Vegas expo.

The demo model had received significant media attention for its design. It is inspired by the geospheres in the film Jurassic World. Many on social media have also compared vehicle to the hover chairs in the animated Pixar film Wall-E.

Segway is best known for its electric scooters, which are controlled by riders moving forwards, backwards or to the side. However, the S-Pod is steered via a joystick on its armrest.

The crash is the latest in a long history of mishaps at the tech show.

"One reason that companies increasingly release products at their own separate events is because they have [greater] control over the environment,"commented Mr Rubin.

Even so, trade shows can be still a valuable way to show off new concepts to large audiences, especially for smaller brands, he added.

Its artificial intelligence robot Cloi repeatedly failed to respond to commands on stage.

The presenter was left to awkwardly joke that Cloi "doesn't like me".

Two unusual gaming laptops with three 4K screens were among of the hits of 2017's CES.

But Razer's concept computers caught the wrong eye and were stolen from the PC-maker's booth before the event ended.

One of the models was later spotted for sale on a Chinese e-commerce site, although it is unclear whether this was a hoax.

A US-based rival, Future Motion had accused the company of steeling its intellectual property.

Acting on an order from a judge, the authorities confiscated several of the Asian firm's one-wheeled scooters.

But the case was later dropped.

Hollywood director Michael Bay is best known for being behind the cameras of movie series such as the Transformers films.

But in 2014, Samsung thought it wise to put him in front of the press to help call attention to its latest TVs.

His appearance was certainly memorable, but for all the wrong reasons after he walked off stage mid-presentation because of a problem with the autocue.

Bill Gates and the comedian

Bill Gates found himself in the middle of a technical glitch at CES in 2005.

The Microsoft founder was presenting Windows Media Center with US comedian Conan O'Brien.

Using a remote control he attempted to pull up a slideshow of photos, but nothing appeared after several clicks.