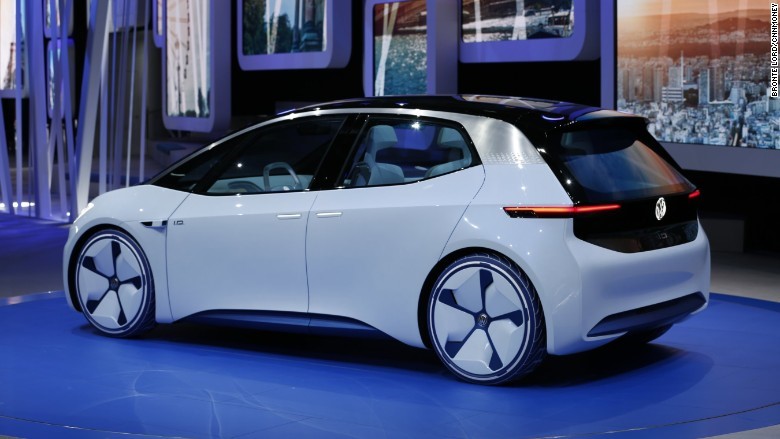 The model which is expected to be on the market by 2020 is claimed to be more efficient than its close counterparts “will cost less, and go farther than, Tesla's Model 3”…..CNN Money.

The I.D. will not be the auto leader’s first adventure in the production of energy efficient cars (electric cars), only the previous brands such as the e – Golf, e – Up, etc., all have diesel engine counterparts. The new model is projected to cost less than $30,000. 00 in the US before tax breaks as opposed to The Chevrolet Bolt, which goes on sale at the end of this year, with a starting price of $37,500, before U.S. government tax breaks, and a driving range of 238 miles and  Tesla Model 3 which is also  expected to go on sale in late 2017 with a starting price of $35,000 and a driving range of 215 miles.

In addition, it will have much longer range, and it could go up to about 375 miles on a single charge, the automaker said at a presentation ahead of the Paris Motor Show. This development also serves as a herald of a collective progress made by the world’s energy emission businesses to reduce the threat posed by greenhouse pollution across the globe, and a pointer to policy makers in governments around the world.