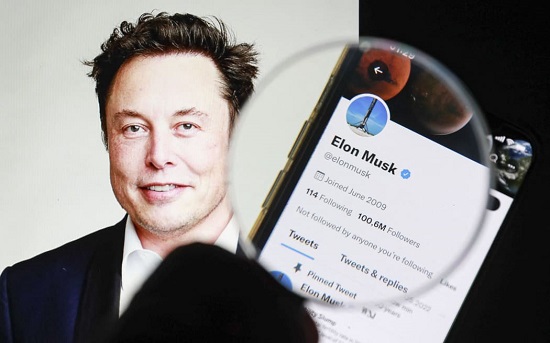 Elon Musk will begin mass layoffs at Twitter on Friday, sharply reducing the social media platform’s workforce, the company said in an email to staff on Thursday.

“In an effort to place Twitter on a healthy path, we will go through the difficult process of reducing our global workforce on Friday,” said the email. The New York Times and Washington Post both reported on the layoffs and cited the internal email.

Here's the first official communication from Twitter's new leadership to its staff, a week after Musk took over: a fun game where you get to find out if you're laid off or not based by 9am tomorrow, based on whether the email pops up in your Twitter account or personal account. pic.twitter.com/tpJsAkiaHp

All employees will receive an email on Friday, the notice said. Those who will keep their jobs will get an email to their work account, those being laid off will receive a notification to their personal email. Employees were reminded not to disclose “confidential company information” on social media or with press.

The layoffs come as Musk was speculated to cut as much as 50% of Twitter’s workforce, just days after becoming the head of the company he purchased for $44bn. That could mean thousands of jobs lost, as the company had more than 7,000 employees at the end of 2021 according to a regulatory filing.

Twitter said in the email to employees that its offices will be temporarily closed and all badge access will be suspended in order “to help ensure the safety of each employee as well as Twitter systems and customer data”.

Musk’s job slashes come as part of a broader effort to make the company profitable after purchasing it for $44bn, a price he admitted constituted “overpaying”. To complete the deal, Musk put forward a combination of his own funding and loans of approximately $13bn, which he is now facing pressure to pay back.

On Thursday, Musk directed Twitter’s teams to free up $1bn in annual infrastructure cost savings by slashing funding for cloud services and servers. He has floated a number of ideas to make profit at Twitter, including a plan to charge for “verified” badges, and creating an “everything app” that would combine several platforms into one.

The Washington Post, citing an internal source, said the pending layoffs were anticipated to impact the company broadly, with cuts in marketing, product, engineering, legal, and trust and safety.

Experts in misinformation and civil rights advocates have warned that cutting Twitter staff just days before midterm elections in the US could have grave consequences, as the platform has already struggled with content moderation and will now have fewer resources.

“With the horrific attack on Paul Pelosi, we only just witnessed how social media conspiracy theories can result in real-world violence, yet Musk is dangerously speed-running through this process,” said Sacha Haworth, executive director at the Tech Oversight Project.

Twitter employees shared messages of support with one another on the platform on Thursday as layoffs loomed, many using the workplace hashtag #OneTeam.

On Thursday evening into Friday morning, Twitter employees began tweeting about being fired – with some saying they’d learned by being locked out of their work email, laptops, or the company’s internal communications app, Slack.

#OneTeam forever. Loved you all so much,” Senior community manager Simon Balmain tweeted. “So sad it had to end this way.”

“Can a heart be full and broken at the same time?” the company’s head of inclusion, diversity, equity and accessibility, James Loduca tweeted before removing references to Twitter from his Twitter bio.

Can a heart be full and broken at the same time?

It was a privilege to lead a #DreamTeam working to build the most inclusive, diverse, equitable & accessible company. I’m forever grateful.

Tweeps, we created lightening in a bottle— nobody will ever change that #UntilWeAllBelong pic.twitter.com/r25lEJ1XpK

The upheaval wasn’t just limited to Twitter’s US operations. In Australia, the company’s local marketing manager also tweeted on Friday “bye Twitter, it’s been a ride.”

Workplace morale has reportedly been suffering for months as the chaotic saga of whether Musk would purchase Twitter wore on, with employees quitting in droves.