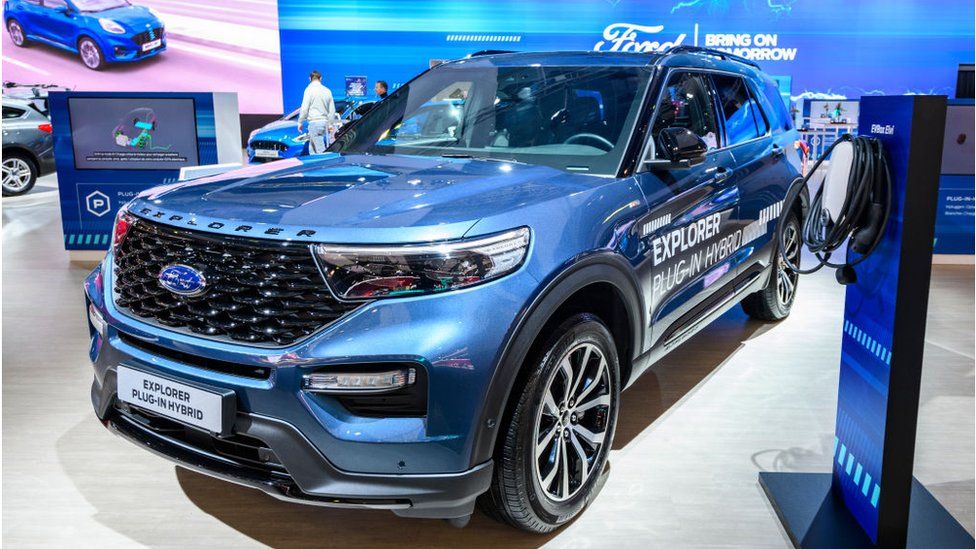 Ford has announced a major investment in electric vehicle (EV) production in the US, promising to build its biggest ever factory in Tennessee, and two battery parks in Kentucky.

Under the $11.4bn (Â£8.3bn) plan, the carmaker said it will build zero-emission cars and pickups "at scale" for American customers.

Like rivals GM and Stellantis, Ford hopes around half of the cars it sells by 2030 will be zero emission.

Yet the additional government investment required to make it happen is still in question.

"This is our moment - our biggest investment ever - to help build a better future for America," said Jim Farley, Ford's president and chief executive in a statement.

"We are moving now to deliver breakthrough electric vehicles for the many rather than the few."

Its battery parks in Kentucky will power a new line-up of Ford and Lincoln EVs.

Ford has already ramped up investment in EV production at its Texas and Michigan plants. It said it would be making the new investments in partnership with SK Innovation, a South Korean battery maker.

Outside of a few major metropolitan areas, EVs still aren't very common in the US and the country accounted for just 2% of new EV sales globally last year.

The Biden administration hopes to change this with tougher tailpipe emissions rules from 2026 and billions of dollars of spending on new charging points and consumer incentives.

However, the cash is tied up in two spending bills that Democrat leaders must get through a divided Senate.

On Thursday, lawmakers will vote on the first - a $1.5tn infrastructure plan - which appears to have enough bi-partisan support to pass.

But a second, $3.5tn bill - which focuses on widening America's social safety net - is opposed by every Republican and some moderate Democrats who say it is too expensive in its current form.

Ford told the BBC its announcement was not timed to coincide with this week's voting on Capitol Hill.

But it said supports the passage of both bills, which would "help more Americans get into electric vehicles, while at the same time supporting American manufacturing and union jobs".