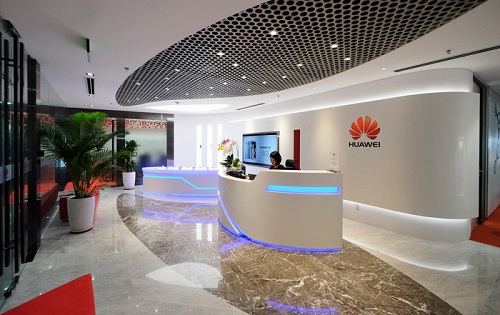 Huawei has launched its own operating system â€” the HongmengOS, known in English as the HarmonyOS, said the CEO of the Chinese tech giantâ€™s consumer division, Richard Yu, on Friday.

Speaking at the Huawei Developer Conference in the Chinese city of Dongguan, Yu said the operating system can be used across different devices from smartphones to smart speakers and even sensors. Itâ€™s part of Huaweiâ€™s play in the so-called Internet of Things, which refers to devices connected to the internet.

HarmonyOS will first be used on â€œsmart screen products,â€ such as televisions, later this year. Over the next three years, the operating system will be used in other devices, including wearables and car head units.

Huawei said the OS will initially launch in China with plans to expand it globally, Yu said.

The United States placed Huawei on a blacklist â€” or the so-called Entity List â€” in May, which essentially restricts some U.S. companies from selling their products to the Chinese tech giant.

Following that move, Google said it suspended business activity with Huawei. But days later, the U.S. government eased some of those restrictions, and allowed Google to work with Huawei for 90 days. That timeline is almost up.

The Chinese telecom equipment maker has previously acknowledged publicly that it had its own operating system in the works.

Yu said the situation in regards to whether they can use Android is still â€œunclearâ€ but that existing products that have been sold with Googleâ€™s OS wonâ€™t be affected by any ban.

â€œWe are waiting on an update,â€ Yu said during a press conference after the launch.

HarmonyOS is open-source, which means that other device-makers could theoretically use its operating system. Making it open-source could help the OS increase its scale and attract more developers to make apps for it. Having a large number of useful apps is important for any OS to be successful.

Yu said he thinks todayâ€™s operating systems â€” including Android and Appleâ€™s iOS â€” donâ€™t cater for the huge number of different devices that will be connected to the internet.

The aim of HarmonyOS is to create a single software that will work across devices, from smartphones and laptops that have a large amount of memory and power, down to smaller hardware such as sensors, that require a lower bandwidth solution. In this way, Huawei hopes apps can work across numerous devices.

That could ultimately help its business, as the company sells products from smart speakers to smartphones. Being able to control the experience across hardware and software could ultimately help Huawei create differentiated products. Itâ€™s a recipe that has helped rival Apple find success.

â€˜Convenientâ€™ to migrate to HarmonyOS

Yu told CNBC in May that the companyâ€™s own OS could be ready for smartphones and laptops by the end of the year in China, and by mid year in 2020 for international markets.

At the time, Yu stressed that the OS would only be used for smartphones and laptops if Huawei could not get access to Googleâ€™s Android or Microsoftâ€™s Windows operating systems.

Googleâ€™s services are effectively blocked in China. So Huawei uses a modified version of Android in its domestic market that is stripped of Google apps. That means not having access to Google in China isnâ€™t that a big problem for China. However, if Huawei were to get banned from being able to use Android internationally, analysts said this could hurt the Chines firmâ€™s smartphone business abroad.

Yu reiterated that Huawei would prefer to use Android on its smartphones, but if it had to migrate to HarmonyOS, that would not be difficult. He said moving to the new OS would only take one or two days and it is â€œvery convenient.â€

â€œIf we cannot use it (Android) in the future, we can immediately switch to HarmonyOS,â€ Yu said.

Neil Shah, analyst at Counterpoint Research, said the operating system is a â€œbig opportunityâ€ for Huawei in China to create a â€œunified platformâ€ across various devices.

However, its success in smartphones will rely heavily on whether it can get developer support. Shah said that Google services are â€œstill more robust and sticky, which is missing here for Huawei to be adopted.â€

â€œSo Huawei has the shop laid out nicely but needs better goods and services inside the shop to attract users, sell, and make them buy again and again,â€ Shah told CNBC.