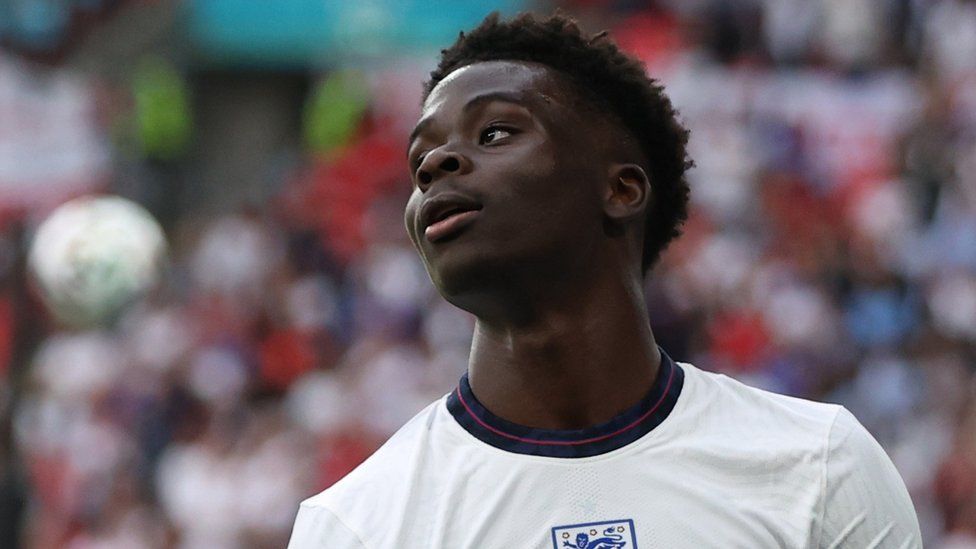 Instagram has admitted a mistake in its technology meant racist comments and emojis were not removed.

It comes after a flood of racist abuse was directed at England footballers Bukayo Saka, Marcus Rashford and Jadon Sancho following the men's Euro 2020 final.

Instagram boss Adam Mosseri said content had "mistakenly" been identified as within guidelines instead of referred to human moderators.

The issue had now been fixed, he said.

â€œWe have technology to try and prioritise reports and we were mistakenly marking some of these as benign comments, which they are absolutely not,â€ he told BBC News.

â€œThe issue has since been addressed.

"Reports on these types of comments should [now] be reviewed properly.â€

Within minutes, a notification was received saying the platformâ€™s technology â€œfound that this comment probably doesnâ€™t go against our guidelinesâ€.

BBC News requested a further review but received no response.

Following Mr Mosseriâ€™s comments, on Wednesday night, several more racist comments and emojis were reported - but no notification of the results of any review was received.

A quick scroll on Saka's account reveals plenty more racist comments yet to be reported and removed.

â€œIt is absolutely not OK to send racist emojis, or any kind of hate speech, on Instagram,â€ Mr Mosseri added in a series of tweets.

"To imply otherwise is to be deliberately misleading and sensational.

â€œEmojis are difficult, as are words whose meaning changes based on context.

"Slurs evolve as well, so the work is never done.â€

Monkey emojis
Racism on Instagram has been a long-standing issue, with a vast amount of content to moderate.

In April, Liverpool Football Club criticised the platform after some of its players were sent racist monkey emojis.

Users can also filter out specific words or emojis on their accounts, by changing the Hidden Words tool in settings.