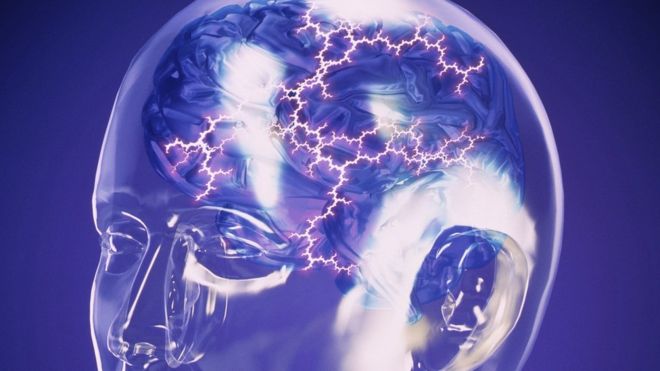 The message, sent from an account which has since been suspended said: "you deserve a seizure for your posts".

Shortly afterwards, Mr Eichenwald's wife tweeted from his account saying the images had caused a seizure.

The incident was reported to the police in the US.

Mr Eichenwald had previously written about how he had been "assaulted" via the internet.

He confirmed in a series of tweets that he is pursuing legal action against the person responsible for this latest incident.

"Last night, for the second time, a deplorable aware I have epilepsy tweeted a strobe at me... It worked," he said.

"This is not going to happen again. My wife is terrified. I am... disgusted. All I will be tweeting for the next few days are copies of documents from the litigation, police reports etc.

"Once we have the lawsuit filed, we will be subpoenaing Twitter for the identity of the individual who engaged in this cross-state assault," he added.

Simon Wigglesworth, deputy chief executive at Epilepsy Action, said: "We are appalled that someone would go to these lengths to bring on a seizure in another person."

"Seizures are not only very distressing for the person experiencing them, but can also cause injury and, in the worst cases, be fatal," he added.

Mr Wigglesworth explained that photosensitive epilepsy is a type of epilepsy in which seizures are triggered by flashing or flickering light.

He warned that if this incident had happened in the UK it might have been a breach of the law, perhaps of the Computer Misuse Act.

Stefano Seri, a professor of clinical neurophysiology and developmental neuropsychiatry at Aston University, explained how the material in the tweet must have been carefully constructed.

"Abrupt changes in light intensity, or luminance, can trigger seizures. The most sensitive range is about 15-25 flashes per second," said Prof Seri.

"The picture would need to occupy most of the visual field. It would take some very sick people to do this, but technically, it is possible.

"Modern LED screens are not as provocative as older ones. It takes a very carefully designed stimulus to induce a seizure," Prof Seri added.

Mr Eichenwald is a prominent critic of US president-elect Donald Trump and had clashed with a Fox News host in a TV interview the day before receiving the flashing tweet.

He has also used Twitter to directly address complaints to the incoming US president.

After his wife tweeted about the seizure, the responses received included messages from staunch supporters of Mr Trump, some of whom mocked the situation.

Professor Seri advised those with epilepsy to be cautious when viewing unknown material online.

"You should sit far enough from the stimulus so it doesn't fill your vision and watch in a sufficiently lit room so the impact of any flashes is lessened," the professor advised.

"In a well lit room your baseline is higher, so changes are less dramatic. Don't open attachments from people you don't know."

There have been instances in the past of accidental seizure triggers being broadcast.

In December 1997 more than 600 children in Japan were taken to hospital after feeling sick while watching cartoons on television.

Some suffered convulsions, while others complained of eye irritation.

They were reported to have fallen ill after seeing a cartoon monster flash its eyes.

In June 2007 a segment of animated footage promoting the 2012 Olympics was removed from the organisers' website after fears were raised that it could trigger epileptic seizures.

In July 2015 Twitter was criticised for uploading two video adverts that featured a looping, rapid succession of flashing colours.

Eventually, the company removed them.

Mr Eichenwald said he would be taking a break from Twitter.