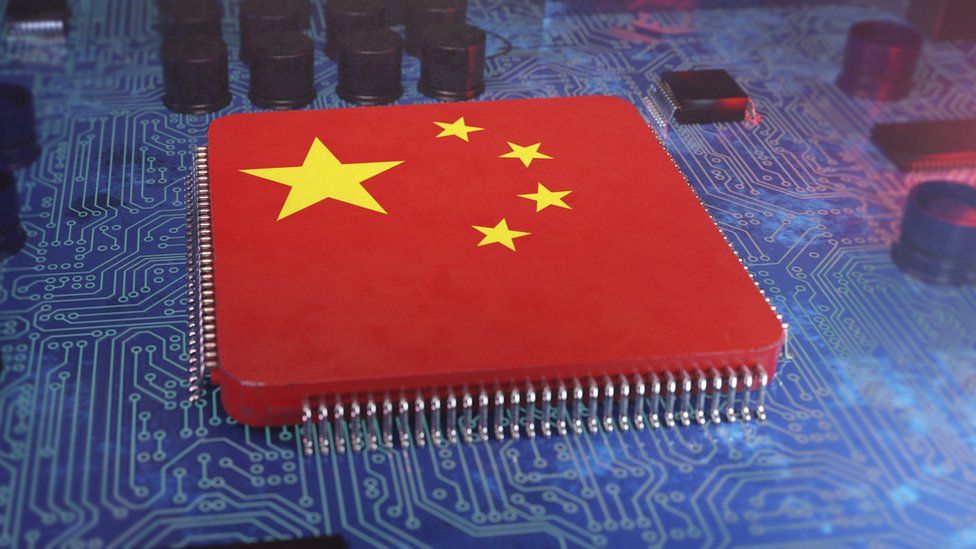 The US government has added a dozen more Chinese companies to its trade blacklist, citing national security and foreign policy concerns.

Washington says that some of the firms are helping develop the Chinese military's quantum computing programme.

This latest move comes as tensions grow between the US and China over the status of Taiwan and other issues.

Trade was among the items discussed at a virtual summit between the leaders of both countries earlier this month.

Eight Chinese-based technology firms were added to the so-called "Entity List" for their alleged role in assisting the Chinese military's quantum computing efforts and acquiring or attempting "to acquire US origin-items in support of military applications".

This entity list has increasingly been used for national security reasons since the previous Trump administration.

The US Commerce Department also said 16 individuals and entities operating in China and Pakistan were added to the list due to their involvement in "Pakistan's unsafeguarded nuclear activities or ballistic missile program."

A total of 27 new entities were added to the list from China, Japan, Pakistan, and Singapore.

Separately, the Moscow Institute of Physics and Technology was added to the department's military end user list, although the listing gave no more details other than it had produced military equipment.

The new listings will help prevent American technology from supporting the development of Chinese and Russian "military advancement and activities of non-proliferation concern like Pakistan's unsafeguarded nuclear activities or ballistic missile program," Commerce Secretary Gina Raimondo said in a statement.

Potential suppliers to firms on the blacklist will now need to apply for a license before they can sell to them, with applications likely to be denied.

Chinese telecoms giant Huawei was added to the list in 2019 over claims that it posed a risk US national security.

The move cut it off from some of its key suppliers and made it difficult for the company to produce mobile phones.

The Chinese government has previously denied that it takes part in industrial espionage.