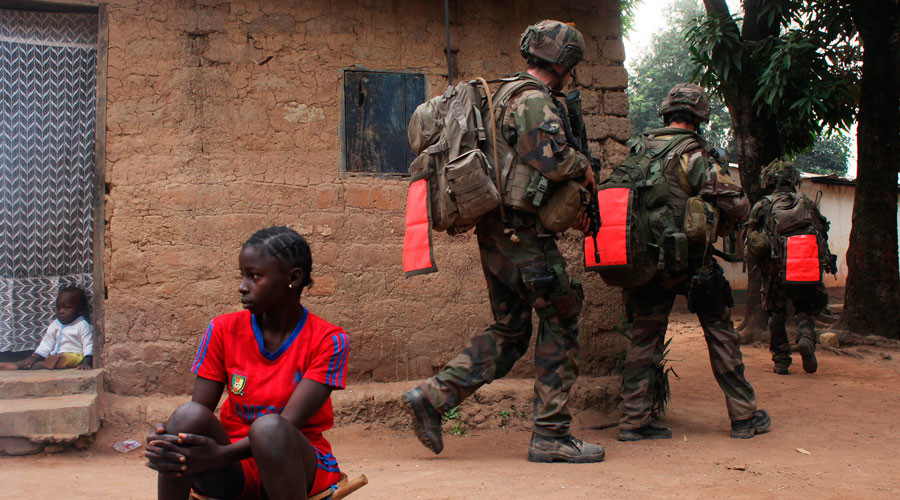 Share
Child and adult abuse allegedly committed by French peacekeepers in the Central African Republic may have taken place on a much wider scale than previously thought, a local NGO believes. The republicâ€™s president has urged France to ensure justice is done. Yamacuir Centrafrique, an NGO based in CAR capital Bangui, believesÂ the sexual crimes committed by French troops could number more than 100, far more than â€œa dozenâ€ of officially recognized cases.Â

Yvan, an NGO officer, toldÂ Sputnik FranceÂ there have beenÂ â€œmore than a hundredâ€Â victims of sexual abuse by French troops â€“ including children and adults â€“ interviewed by his organization between 2014 and 2015.Â

Sputnik also interviewed two of the girls who accuse French troops of abuse.

â€œI was 13 at the time,â€Â one of the victims, identified as Yasinthe, said.Â â€œI sold oranges and French troops asked me to a room at their base. When I entered it, one of them jumped on me and raped me.

â€œThere was nothing I could do,â€Â she said, adding that no apology or compensation from the French military authorities followed.

Another girl, Barbara, who was 15 at the time she was assaulted, said she was forced into an armored vehicle andÂ â€œraped right there,â€Â adding that there are presumably many more victims who are afraid of telling their stories.

French peacekeeping troops allegedly assaulted children who knew the rapists in person or trusted them to a certain extent, the Yamacuir officer said.

â€œI know children who socialized with French troops because they played football and volleyball with the kids. Thatâ€™s when most of the rapes happened.â€

Throughout the past months, reports of child rape and other sex-related crimes committed by international peacekeepers in the war-torn Central African Republic (CAR) have cast a shadow on the legitimacy of the military efforts to bring peace to one of the poorest countries on the continent.

French peacekeepers have been accused of committing appalling acts. In April, the â€˜Code Blueâ€™ campaign by AIDS-Free World published a shockingÂ reportÂ saying that four girlsÂ â€œwere tied up and undressed inside a camp by a military commander from the Sangaris (French force) and forced to have sex with a dog,â€Â with the girls then reportedlyÂ paid 5,000 Central African Francs (US$9) each.

Last year, five soldiers from the French peacekeeping contingent were questioned and given disciplinary penalties. However, activists in the Central African Republic believe the number of cases of abuse involving French troops is much higher than the â€œdozenâ€ that have been officially acknowledged.

The republicâ€™s president has urged France to do more to prosecute those culpable.

"France should serve justice,â€Â Faustin-Archange Touadera, CAR president, said in an interview with Sputnik. "For us and the victims this is taking a long time, but we hope that when everything is finished, sanctions will follow. The people are waiting for this, especially those who have suffered."

Two years have now passed since the first rape allegations emerged in 2014, but no one has been brought to justice so far, despite the French governmentâ€™s assurances of a zero-tolerance policy towards such crimes.

Earlier this year, French President Francois Hollande, who decided to deploy troops to Franceâ€™s former colony as part of Operation Sangaris in 2013, said:Â â€œIâ€™ll be relentless regarding any misconduct in the Central African Republic if it is confirmed.â€