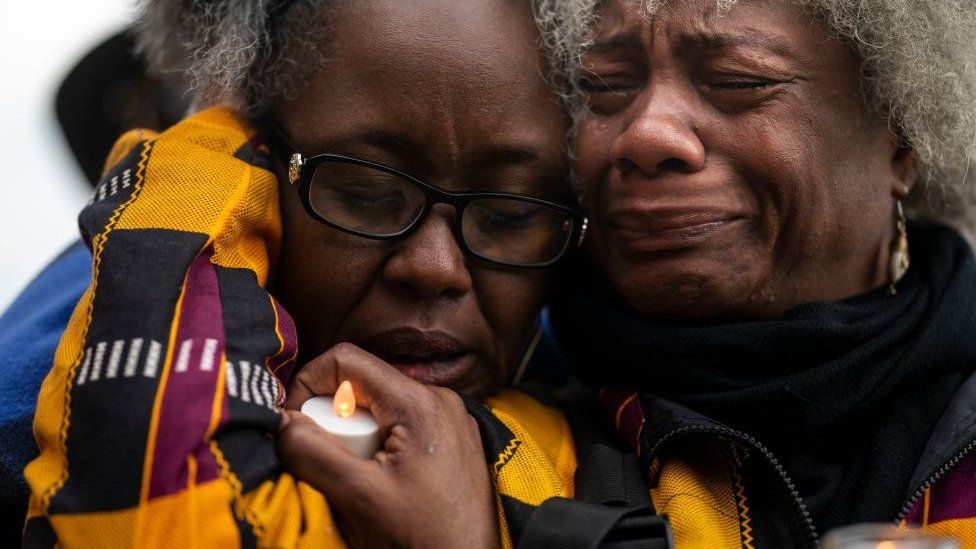 The inquiry will look at the extent that social platforms were "used to stream, promote, or plan the event", the attorney general's office said.

The state's governor has argued tech firms share some blame for the attack.

Critics say the companies were too slow to remove the alleged gunman's violent posts.

Announcing the investigation on Wednesday, Attorney General Letitia James said: "The terror attack in Buffalo has once again revealed the depths and danger of the online forums that spread and promote hate."

The suspect, who is white, allegedly posted a manifesto on Google and livestreamed the fatal shooting of 10 people at a supermarket in a predominantly black neighbourhood on Twitch, a company owned by Amazon.

"The fact that an individual can post detailed plans to commit such an act of hate without consequence, and then stream it for the world to see is bone-chilling and unfathomable," Ms James said.

The stream was taken down less than two minutes after the violence began, Twitch said, but was duplicated on other streaming sites despite the removal.

Facebook did not remove a link to the copied video for more than 10 hours, by which time it had been shared more than 46,000 times on the platform. A copy uploaded elsewhere was viewed more than three million times before being taken down.

Ms James said the investigation would also target online forums 4chan, 8chan, and Discord where the gunman reportedly posted about his plans.

The inquiry was ordered by Democratic Governor Kathy Hochul, who also directed the New York State Police to create a unit dedicated to monitoring social media for extremist threats.

She is also asking the state legislature to pass tougher gun control measures. Her Republican critics in the state assembly have condemned her for not doing more to prevent mass shootings ahead of the attack.

The US Department of Justice is investigating the attack as a hate crime.