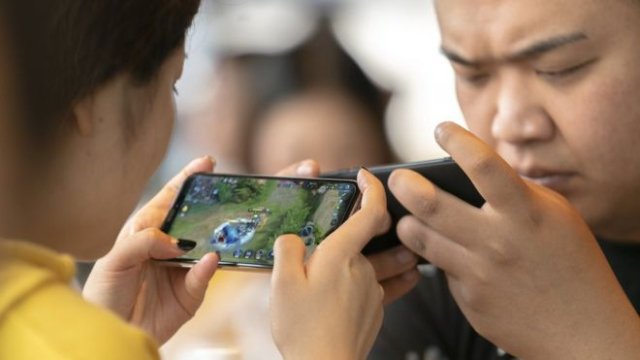 China is imposing a curfew on online gaming for minors, the government has announced.

Gamers under 18 will be banned from playing online between 22:00 and 08:00. They will also be restricted to 90 minutes of gaming on weekdays and three hours on weekends and holidays.

Its part of China's latest move to curb video game addiction, which officials say is damaging to children's health.

China is one of the world's largest gaming markets.

The official government guidelines - released on Tuesday - include spending limits for minors.

China is the second-largest gaming market in the world, with US global revenue surpassing China for the first time this year due to China's increased regulations on the industry, according to research firm Newzoo.

In 2018, the government announced the establishment of a gaming regulator - in response to concerns about near-sightedness in children - to limit the number of new online games, restrict paying time and develop an age-restriction system.

The same year, China enacted a halt on approvals for new video games, which lasted nine months, dealing a significant blow to the lucrative industry.

Some of the largest video game companies responded proactively, but enforcement and reliable age verification have been major concerns.

Tencent - the world's largest gaming company - addressed criticism by limiting game time to one hour per day for users under 12 and to two hours per day for users between 12 and 18. They also started requiring users to prove their age and identity against available state records.

But the new guidelines will apply universally to all online gaming platforms operating in China and will address enforcement concerns directly.

The administration will work with law enforcement to construct a unified identification system that gaming platforms can use to verify a user's identity and age with government data, a spokesman told state-run Xinhua news agency.

How harmful are video games?
Last year, the World Health Organization listed gaming addiction - which they call "gaming disorder" - as a mental health condition for the first time.

The most recent American Psychiatry Association manual of mental disorders does not officially recognise it, instead listing internet gaming disorder as a condition for further study.

But some countries have identified excessive gaming as a major public health issue, and many have private addiction clinics to treat the condition.