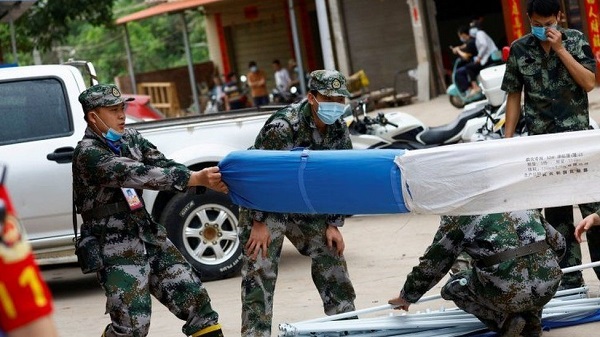 Rescuers continue to search for survivors from a plane crash in southern China, as families of those onboard gather at a nearby airport waiting anxiously for updates.

China Eastern Flight MU5735 was carrying 132 people when it crashed into hills in Guangxi province.

The tragedy has sparked widespread grief in China. President Xi Jinping has ordered a full-scale investigation.

Hundreds of responders have been dispatched to the crash site in Wuzhou.

Local media reported they had found parts of the wreckage and were still searching through debris scattered over mountainous, rugged terrain. This included the charred remains of bags, wallets and identity cards.

The plane crash into the ground had sparked a forest fire which was later put out, leaving deep scorch marks on trees, according to reporters on the scene.

The number of casualties is not yet known, and there are fears of no survivors.

Meanwhile the families and friends of those onboard have arrived at Guangzhou's International Airport. The China Eastern Airlines flight from Kunming had been due to land there on Monday afternoon.

Authorities have yet to identify passengers and crew members, but among them was a group of six people, including a teenager, who were travelling to Guangzhou to attend a funeral, reported local media.

One woman interviewed said her sister and close friends were part of that group, adding that she had also been booked on the flight but ended up switching to an earlier plane.

Another man at the airport told Reuters news agency that he was the colleague of a passenger named Mr Tan.

After confirming that Mr Tan was onboard, he had to break the news to Mr Tan's family. "They were sobbing. His mother couldn't believe this had happened," he told Reuters. "She said she will be here as soon as possible. Because she was very sad, her boy was only 29 years old."

He added that arrangements were being made by the airline to bring families to the crash site in Wuzhou. 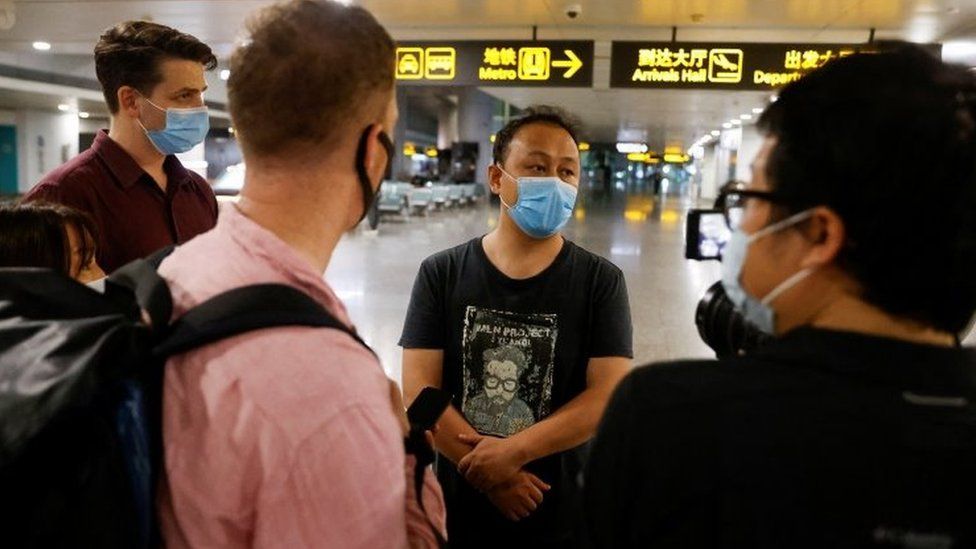 Flight MU5735 had been in the air for over an hour and was nearing Guangzhou when it suddenly plummeted from a cruising height.

Chinese state TV outlets have broadcast footage which appears to show a jet in a near nose-dive to the ground. The footage was captured by a car's dashcam. The BBC has not yet been able to verify the clip.

According to FlightRadar24, the plane was cruising at 29,100ft, but two minutes and 15 seconds later it was recorded at 9,075ft. The last sourced information on the flight showed it ended at 14:22 local time, at an altitude of 3,225ft.

The airline and China's aviation authorities have all launched an investigation into the crash.

But responders to the scene are still trying to locate the plane's black box and any other equipment that could help identify the cause of the crash.

China Eastern Airlines, one of the nation's big three state-owned carriers, has expressed its "deep condolences" to the victims and their families. It has grounded all its Boeing 737-800s, and set up a hotline for people seeking information on those on board.