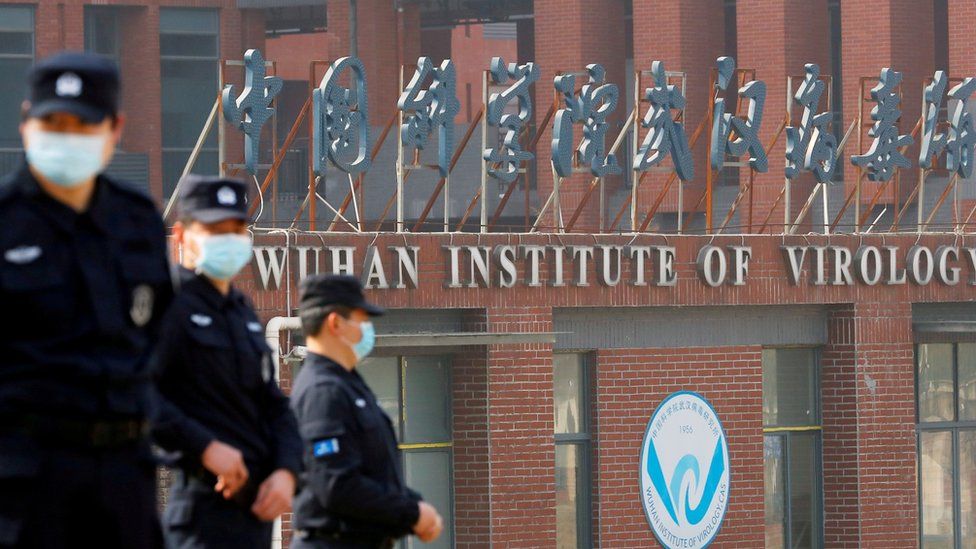 China has denounced US efforts to further investigate whether Covid-19 came from a Chinese lab.

US President Joe Biden has called on intelligence officials to "redouble" their work to find out how the virus was first transmitted to humans.

China's foreign ministry accused the US of "political manipulation and blame shifting".

It has rejected any link between Covid-19 and a virus research lab in the Chinese city of Wuhan.

Covid-19 was first detected in Wuhan in late 2019. Since then, more than 168 million cases have been confirmed worldwide and about 3.5 million deaths reported.

Authorities linked early Covid cases to a seafood market in Wuhan, leading scientists to theorise that the virus had first passed to humans from animals.

But recent US media reports have suggested growing evidence the virus could instead have emerged from a laboratory in China, perhaps through an accidental leak.

Why is this dispute happening now?
In a statement on Wednesday, President Biden said he had asked for a report on the origins of Covid-19 after taking office, "including whether it emerged from human contact with an infected animal or from a laboratory accident". On receiving it this month, he asked for "additional follow-up".

Mr Biden said the majority of the intelligence community had "coalesced" around those two scenarios, but "do not believe there is sufficient information to assess one to be more likely than the other".

He said he had now asked agencies to "redouble their efforts to collect and analyse information that could bring us closer to a definitive conclusion". 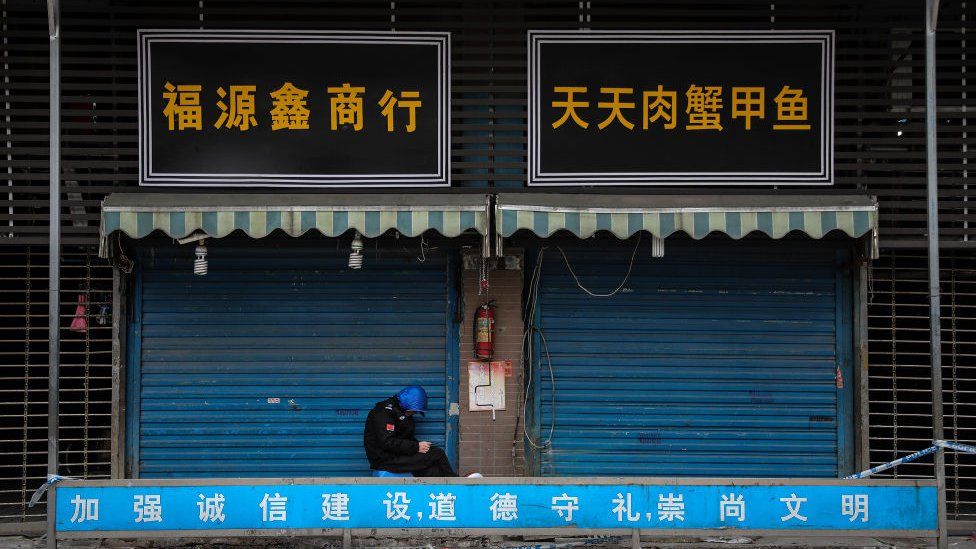 Foreign ministry spokesman Zhao Lijian said it showed the US "does not care about facts or truth, and has zero interest in a serious science-based study of origins".

"Their aim is to use the pandemic to pursue stigmatisation, political manipulation and blame shifting. They are being disrespectful to science, irresponsible to people's lives and counter-productive to the concerted efforts to fight the virus," he said.

The spokesman also said US intelligence agencies had a "dark history" of spreading misinformation.

A statement from the Chinese embassy in the US, which did not directly refer to Mr Biden's order, said "smear campaigns and blame shifting are making a comeback".

Readers now long used to articles dismissing the lab-leak theory as a dangerous, fringe conspiracy may be slightly bemused to find it suddenly front-page, presented as an entirely plausible possibility.

The truth is, there's always been plenty of circumstantial evidence to support both competing theories. A zoonotic origin, in which the virus passes naturally from bat to humans, is supported by the fact that coronaviruses have crossed the species barrier in exactly this way before.

There are also plenty of precedents for lab leaks in which researchers get accidentally infected by the virus they're working on. The Wuhan outbreak happens to be on the doorstep of the world's leading laboratory for the collection, study and experimentation on bat coronaviruses.

What's changed is not the evidence - of which there is none so far to prove either scenario - but the politics. The lab-leak theory, born into an environment poisoned by disinformation, was undermined not so much by China's denials, but by the fact it was being pumped by former US President Donald Trump.

Media organisations everywhere gave it the cold shoulder. My own attempts to look seriously at the lab-leak theory in May last year ran into long and fraught editorial discussions before it finally made it to publication.

The prevailing narrative has also loomed large over the science. Despite the dominant voices of some leading virologists insisting that only a zoonotic origin needed be investigated, a determined group of scientists has continued to argue that both scenarios should remain on the table.

It may be too late, of course. Wherever the debate goes now, China is extremely unlikely to allow another investigation on its soil.

line
What do we know about the lab theory?
Speculation about the Wuhan Institute of Virology - one of China's top virus research labs - began last year and was propagated by Mr Trump.

US state department cables came to light in April 2020 that showed embassy officials were worried about biosecurity there.

Earlier this year, the World Health Organization (WHO) issued a report written jointly with Chinese scientists on the origins of Covid-19 which said the chances of it having started in a lab were "extremely unlikely".

It said the virus had probably jumped from bats to humans via another intermediary animal, but that more research was needed.

A WHO spokesperson on Thursday reiterated to the BBC that further studies were needed "in a range of areas, including on the early detection of cases and clusters, and the potential roles of animal markets, transmission via the food chain and the laboratory incident hypothesis".

The laboratory theory has received increased public attention in the US amid recent reports attributed to intelligence sources that say three members of the Wuhan Institute of Virology were admitted to hospital in November 2019, several weeks before China acknowledged the first case of the new disease in the community.

Anthony Fauci, President Biden's chief medical adviser, has maintained he believes the virus was passed from animals to humans, though he conceded this month he was no longer confident Covid-19 had developed naturally.

Mr Biden's order for further investigations came the day after Xavier Becerra, US secretary for health and human services, urged the WHO to ensure a "transparent" investigation into the virus's origins.

"Phase 2 of the Covid origins study must be launched with terms of reference that are transparent, science-based and give international experts the independence to fully assess the source of the virus and the early days of the outbreak," he said.

While there is still no evidence to suggest it is man-made, Facebook on Thursday said that in light of the ongoing investigations and in consultation with public health experts it would "no longer remove the claim that Covid-19 is man-made from our apps".

"We're continuing to work with health experts to keep pace with the evolving nature of the pandemic and regularly update our policies as new facts and trends emerge," it said.