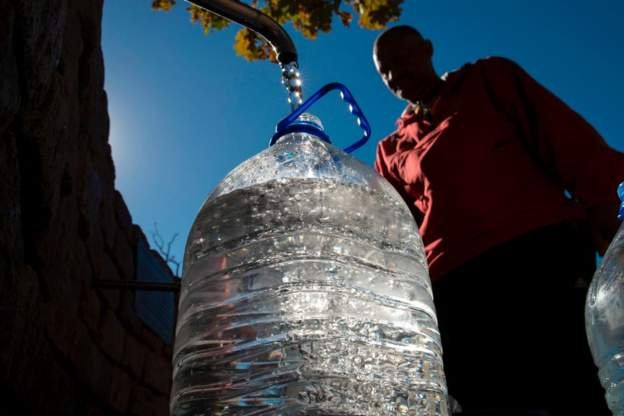 South Africans are being urged only to use water for drinking purposes amid a water crisis that has seen dams, reservoirs and taps run dry.

That warning comes from officials from the largest water utility in the country. They estimate the average person in the financial hub, Gauteng, consumes almost double the global average: 320 litres per person per day, versus the global average of roughly 170 litres.

Three out of South Africa's nine provinces are officially experiencing a water crisis that has been made worse by higher-than-expected temperatures and a lack of rains.

Expected spring rainfall has also not arrived, and temperatures have been higher than expected.

The Minister of Water Affairs, Lindiwe Sisulu, says while the situation is serious there is no need to panic. But there is a need to prevent a looming disaster.

While the Western Cape managed to avoid so-called "day zero", in the neighbouring Eastern Cape livestock have died, crops have failed and the dams are dry as the province battles one of the worst droughts in decades.

Experts say the water crisis in the country is also as a result of poor infrastructure management and planning.

The South African government hopes that increased awareness around the current water crisis will lead people to change their behaviour.