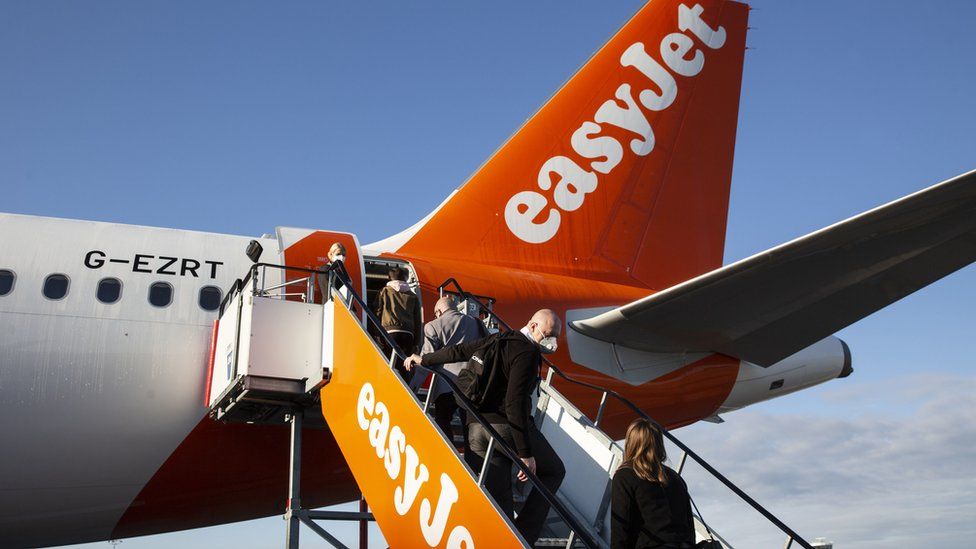 EasyJet is to offer new and existing cabin crew a £1,000 bonus at the end of the summer holiday season, as airlines battle to retain and recruit staff.

The airline said the payments would acknowledge crews' contributions to what it expects to be a busy summer, with travel at near pre-Covid levels.

It was revealed last month that British Airways is offering the same amount to new joiners as a "golden hello".

The UK's ending of travel restrictions has seen demand for holidays soar.

The aviation industry shed thousands of jobs during the pandemic and airports and airlines have been racing to recruit staff for months, as they plan for a bumper summer. However, some have struggled to hire new staff quickly enough.

Both EasyJet and British Airways have cancelled hundreds of flights amid workforce shortages, which have been compounded by Covid absences.

Some airports, including Manchester and Birmingham, have also blamed a lack of staff for incidents of long queues, some of which have resulted in passengers missing flights.

The UK's aviation watchdog the Civil Aviation Authority (CAA) wrote to airports in April expressing concern over the impact of staff shortages.

British Airways' recruitment efforts this year have included inviting back some workers who previously left but had expressed an interest in returning.

EasyJet said last week that it planned to take out the back row of seats on some aircraft, so they could fly with three cabin crew instead of four. This would still comply with the CAA's regulations.

However, getting new aviation staff trained and through security clearance can take months.

The government is set to allow the training of new staff to begin before background checks have been completed, in an effort to speed up recruitment. The law change is due to come into effect from 20 May.