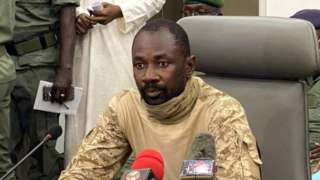 Heads of state from the West African regional group Ecowas are due to meet in Ghana on Friday to discuss the political situation in Mali following last year's coup.

Mali's interim president, Assimi Goita, has declined an invitation to attend in person.

It's unclear whether he will join the summit via video link.

In January, West African countries closed their borders with Mali and announced an embargo after the military leadership scrapped a promise to hold elections the following month to restore civilian rule.

On Thursday a court ordered the suspension of financial sanctions which had been imposed on the military rulers.