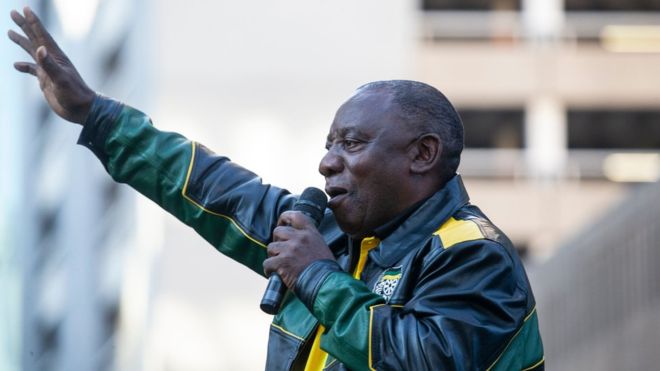 South Africa's President Cyril Ramaphosa has vowed to clean the African National Congress (ANC) of "all bad tendencies" in a bid to end corruption.

In a victory speech in Johannesburg, he thanked voters and said they had sent a "clear message".

Mr Ramaphosa said that the party's lowest ever score of 58% was due to voters expressing their frustration.

He promised he would not choose leaders who work "to fill their own pockets".

The ANC has been in power since Nelson Mandela was elected following the end of white-minority rule 25 years ago.

A struggling economy, corruption and mass unemployment, particularly among young people, led to the ANC's reduced majority in this election.

President Ramaphosa took over the ANC party leadership from Jacob Zuma in 2017, who was forced to resign following a series of corruption scandals. He denies any wrongdoing.

President Ramaphosa said he would address these concerns. "As the leadership, we are going to go back to all those communities which were raising issues," he said.