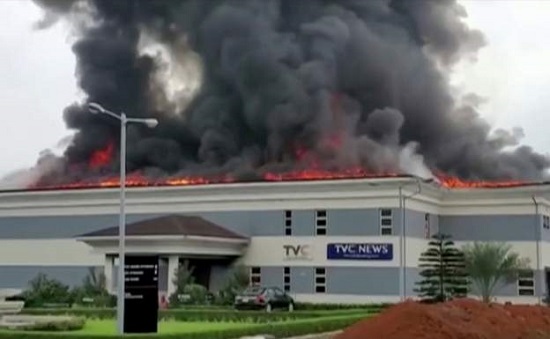 The Nigerian National Broadcasting Commission (NBC) has fined three television stations over their “unprofessional coverage” of the #EndSARS protests.

The head of the commission, Armstrong Idachaba, said the TV stations used unverified user-generated content from violent scenes caught on camera during the protests.

READ ALSO: #EndSARS:  Seek to know all the facts available before taking a position - Buhari ...

He said the footage "stimulated anger and heightened the violence".

"In line with the provision of section 5.6.9 of the Nigeria Broadcasting Code which states that the broadcaster shall be held liable for any breach of the code emanation from the use of material from User-Generated Sources, the commission, therefore, sanctioned Arise TV, Channels TV and AIT in line with the provision of the broadcasting code," the NBC's statement read in part.

Mr Idachaba condemned the attack on two media houses during the wave of violence, and said it was a "threat to press freedom".

The commission had warned media houses not to "embarass the government" in their coverage of the protests.