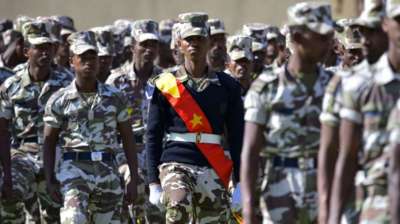 Ethiopia's Prime Minister, Abiy Ahmed, has accused regional government forces in Tigray of carrying out a massacre on Monday which Amnesty International says may have killed hundreds of civilians.

In a video statement posted on Facebook, Mr Ahmed said his forces had liberated the western part of Tigray from the control of the regional TPLF party following the brutal attack.

Amnesty said the victims were stabbed or hacked to death in Mai-Kadra town in the south-west of Tigray.

Tigrayan officials denied that pro-TPLF troops were involved in the killings.