Finland to give dads same parental leave as mums 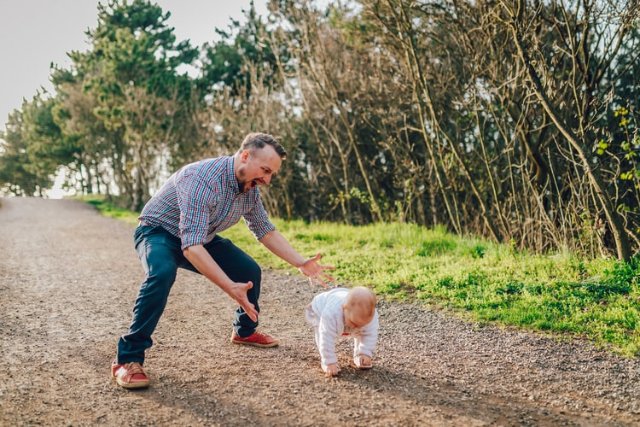 Fathers in Finland currently get 2.2 months of parental leave
Shares

Finland's new government has announced plans to give all parents the same parental leave, in a push to get fathers to spend more time with their children.

Paid allowance will increase to a combined 14 months, which works out as 164 days per parent.

Neighbouring Sweden has Europe's most generous system of parental leave with 240 days each after a baby's birth.

Finland says it wants to "promote wellbeing and gender equality".

Health and social affairs minister Aino-Kaisa Pekonen told reporters that "a radical reform of family benefits" had begun, with the aim of strengthening the relationship of parents from the start.

Under the current system in Finland, maternity leave is 4.2 months, while fathers are given 2.2 months until the child turns two. On top of that, another six months' parental leave can be shared.

However, on average only one in four fathers take what they are given. The current plans now talk only of parental leave.

Each parent would receive 6.6 months' leave (164 days under Finland's six-day-week benefit system) and pregnant women would get an additional month's allowance.

Finnish Prime Minister Sanna Marin said last month that her country still had some way to go to achieve gender equality, and complained that too few fathers were spending time with their children when they were young.

Rest of Europe heading the same way
Anne Lise Ellingsaeter, a University of Oslo professor who led a Nordic inquiry into parental leave, told the BBC that the Nordic countries had been leading the way on giving fathers entitlement that could not be transferred to the mother.

The EU is also heading that way, with a 2019 directive giving member states three years to provide each parent with at least four months' leave, including two months that can not be transferred.

Portugal already has a gender-neutral system, with 120 days paid at 100% of salary and another optional 30 days at 80% of salary.

Prof Ellingsaeter said giving fathers increased rights had not been a complete success in the Nordic countries.

"Norway was the first country in 1993 to have non-transferable leave for fathers and then Sweden followed suit. But Denmark instituted a father quota in 1998 and abolished it later, and it hasn't been re-introduced," she said.

Fathers in Denmark get two weeks after a birth and the mother and father can share a further 32 weeks between them.

Since December, Finland has been governed by a five-party coalition and each party is led by a woman. Ms Marin, 34, has said it is "not that big a deal" in Finnish terms to have women in power.

The government estimates that the changes will cost an extra â‚¬100m ($110m).

Sweden, Norway, Iceland, Estonia and Portugal were praised in a Unicef report last year for offering the best family-friendly policies.

It ranked the UK, Ireland, Greece, Cyprus and Switzerland the lowest of 31 "rich countries".