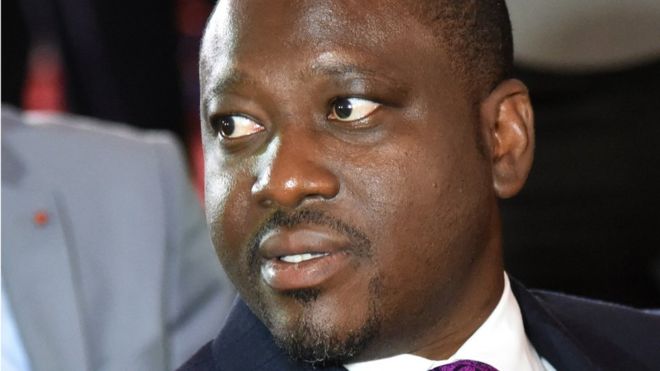 A presidential candidate in Ivory Coast's election has been convicted in absentia of embezzlement and money laundering.

Guillaume Soro, who has been a rebel leader and prime minister, was accused of buying a house with public money.

Soro denied the allegations and his lawyers boycotted the trial, denouncing it as a way to exclude him from October's election, reports Reuters.

His property in the commercial capital, Abidjan, was confiscated and he was also barred from civic duties for five years.

The verdict was announced after a trial that lasted only a few hours, adds Reuters. Soro was not present as he lives in exile in France.

The former rebel leader has also been accused of plotting a coup against President Alassane Ouattara, who is due to leave office later this year.

Soro was once an ally of Mr Ouattara's. He commanded a rebel force which backed the current president in his fight against President Laurent Gbagbo, who refused to accept he had lost the 2010 elections.