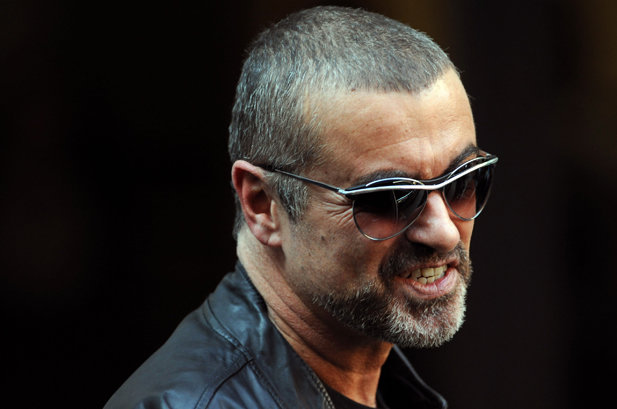 Singer George Michael has died at his home at the age of 53. The star, who launched his career with Wham! in the 1980s and had huge success as a solo performer, "passed away peacefully" on Christmas Day in Goring, Oxfordshire, his publicist said.

His manager, Michael Lippman, said he had died of heart failure. Former Wham! bandmate Andrew Ridgeley said he was "heartbroken at the loss of my beloved friend".
Writing on Twitter and referring to Michael by his family nickname of "Yog", he added: "Me, his loved ones, his friends, the world of music, the world at large. 4ever loved. A xx"

On Instagram, Sir Elton John posted a photograph of himself with Michael, writing: "I am in deep shock. I have lost a beloved friend - the kindest, most generous soul and a brilliant artist. My heart goes out to his family and all of his fans."

Michael's family announced news of his death in a statement issued through the singer's publicist.
"It is with great sadness that we can confirm our beloved son, brother and friend George passed away peacefully at home over the Christmas period," it said.
"The family would ask that their privacy be respected at this difficult and emotional time. There will be no further comment at this stage."

South Central Ambulance Service were called to Michael's property at 13:42 GMT. Thames Valley Police also attended and Michael was confirmed dead at the scene.
They added: "At this stage the death is being treated as unexplained but not suspicious. A post-mortem will be undertaken in due course. "

A small heart wreath and a rose are among the tributes left outside the front door of Michael's home, a detached property by the River Thames.

Michael, who was born Georgios Kyriacos Panayiotou in north London, sold more than 100 million albums throughout a career spanning almost four decades.
He first found fame with schoolfriend Ridgeley in duo Wham! - reaching number one in the UK singles charts on four occasions. One of the band's most enduring songs Last Christmas, is currently number 16 in the UK singles chart.
The song was originally released in 1984 and is the biggest selling single not to reach number one.
It was kept off the chart's top spot by Band Aid's Do They Know It's Christmas, which actually featured Michael.
Solo albums followed, including the multi-million selling Faith in 1987.
The follow-up Listen Without Prejudice Vol. 1 outsold Faith in the UK but led to Michael losing a court case with record label Sony over his frustration at how the album has been marketed.

From teen idol to long-term stardom

His talents as a singer, songwriter and music producer made George Michael one of the world's biggest-selling artists.
Blessed with good looks and a fine singing voice, his stage presence made him a favourite on the live concert circuit as he matured from teen idol to long term stardom.

But there were times when his battle with drugs and encounters with the police made lurid headlines that threatened to eclipse his musical talents.
As a solo artist, Michael scored a further seven number one singles in the UK with songs including Careless Whisper and Fastlove, collaborated with the likes of Aretha Franklin and Elton John, and won three Brit Awards and two Grammys.

The Grammy organisers said Michael's "extraordinary talent had a profound impact on countless entertainers worldwide, and his creative contributions will live on forever".

Michael later began facing headlines for reasons other than his music.
After years of refusing to be drawn on speculation about his sexuality, Michael disclosed he was gay in 1998 after being arrested in a public toilet in Beverly Hills, California, for engaging in a lewd act.

The music video for the single that followed, Outside, featured a men's bathroom transformed into a disco and policemen kissing.
In October 2006 he pleaded guilty to driving while unfit through drugs, and in 2008 was cautioned for possession of class A drugs, including crack cocaine.
In September 2010, Michael received an eight-week prison sentence following an incident in which he crashed his Range Rover into a shop in north London. He admitted driving under the influence of drugs and possessing cannabis.
Pop stars from Michael's heyday were joined by contemporary names in paying tribute on Twitter.

Duran Duran referred to the the so-called curse of 2016 - following the deaths of David Bowie, Prince and Rick Parfitt - posting on their official Twitter account: "2016 - loss of another talented soul. All our love and sympathy to @GeorgeMichael's family."

The band included a picture of Michael with its frontman Simon Le Bon, Sting and Bob Geldof.

Madonna posted a video from 1989 on Twitter and Instagram of herself presenting Michael with an award, and wrote: "Another Great Artist leaves us".
Robbie Williams, whose first solo single was a cover of Michael's song Freedom, wrote: "Oh God no …I love you George …Rest In Peace x".
DJ Tony Blackburn said: "Unbelievable, George Michael has died at the age of 53. RIP.This dreadful year goes on and on. So sad, a real talent."
Boy George wrote: "He was so loved and I hope he knew it because the sadness today is beyond words. Devastating.
"What a beautiful voice he had and his music will live on as a testament to his talent. I can't believe he is gone. I hope the Buddha will hold him in his arms."

In 2011, Michael postponed a series of concerts after being taken to hospital for treatment for pneumonia.
After treatment in a Vienna hospital, he made a tearful appearance outside his London home and said it had been "touch and go" whether he lived.
The experience inspired the single White Light which was his last Top 40 hit in 2012 and which he performed at the closing ceremony of the 2012 Olympics in London.
Earlier this month it was announced that producer and songwriter Naughty Boy was working with Michael on a new album.
Michael had also recently been working on a documentary chronicling his rise to fame with Wham! and made a direct appeal on Twitter to his fans, asking them to send in their own videos and photographs dating from 1988 to 1996.
The documentary film entitled Freedom was originally expected to be released this year but was recently delayed until next March.

In 2011, George Michael joined James Corden for a Comic Relief sketch on BBC One which went on to inspire the hugely successful Carpool Karaoke segments on Corden's Late Late Show on CBS.
The feature is now a staple of the American chat show, with stars such as Madonna and Michelle Obama having appeared, and attracts huge online audiences.
The original sketch began with Corden poking fun at Michael and ended with the pair singing along to Wham!'s I'm Your Man.
Corden said: "I've loved George Michael for as long as I can remember. He was an absolute inspiration. Always ahead of his time."